Anthony Burgess and A Journal of the Plague Year

One of Anthony Burgess’s first commissions from Penguin Books was to write an introduction to Daniel Defoe’s A Journal of the Plague Year, published in 1966 as part of the Penguin English Library.

His introduction is still available in the current Penguin Classics edition, and it remains a lively and thoughtful preparation for Defoe’s haunting description of the outbreak of plague that ravaged London in 1665.

One of the questions that Burgess grapples with is the relationship the Journal has with historical accuracy. Defoe presents his novel as a genuine book of memoirs, a detailed and intimate if sometimes rambling and digressive account of one man’s experience living in London throughout the ‘visitation’ that swept away an estimated 100,000 people — a fifth of the population of the city.

Yet in reality, as Burgess correctly identifies, it is ‘a cunning work of art, a confidence trick of the imagination.’ 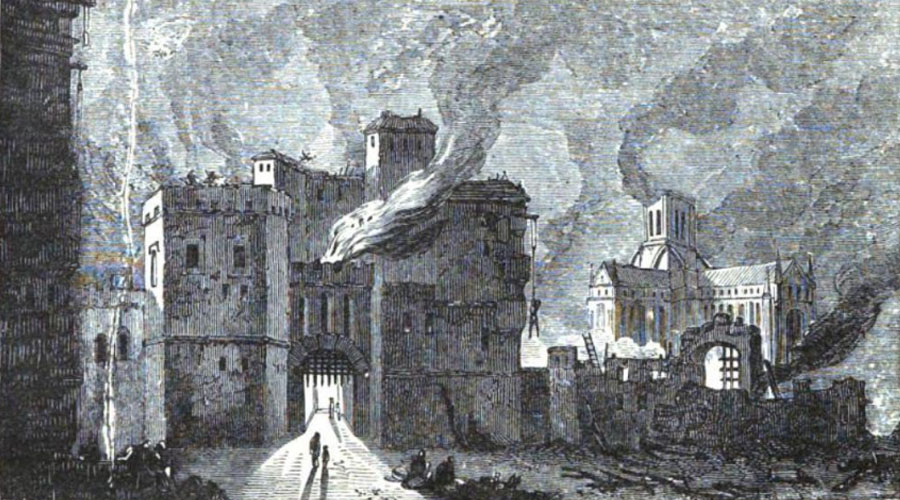 Defoe was only five years old when the plague broke out. When he wrote his book in 1722, he drew on historical records such as broadsides, medical pamphlets and the ‘Bills of Mortality’ published by local parish authorities, as well as the memories of his uncle Henry Foe, who remained in London during the plague, and whose initials ‘H.F.’ are given to Defoe’s narrator. 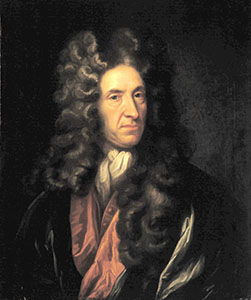 What he produced was not a history but a novel: an imaginative recreation of the past, given verisimilitude by its documentary detail and also, counter-intuitively, by its use of literary devices. Defoe’s narrator is unreliable, in that his colourful anecdotes of people fleeing the city, outwitting the watchmen or raving in the streets with the plague, are deliberately presented as hearsay, and he states plainly that he cannot remember all the details. Further, the arc of his story does not match the record, as the Great Fire of London in 1666 did not end the plague completely, as Defoe suggests.

London itself becomes the central character of the novel, with its endless streets and districts winding through the narrative, fires burning in the alleyways to keep the plague at bay, and its shuttered houses occasionally thrown open to disgorge fearful people or dead bodies. London’s antagonist is the plague that ebbs and flows across it, seemingly unstoppable: drawing the reader into a relationship with London, even though we know that the city survives, Defoe creates suspense and fear that it may not.

Burgess describes Defoe as ‘our first great novelist’, and says that this is because ‘he is our first great journalist […] because he was born, not into literature, but into life.’ Defoe’s non-aristocratic and anti-establishment upbringing (his family were dissenters, not part of the Anglican church), his knowledge of modern rather than classical languages, his independence of mind and liberalism, and his interest in earning money by his pen, treating writing as a trade — all of these qualities may have appealed to Burgess’s sense of himself.

It is in some ways surprising that Burgess did not identify with Defoe’s biography more strongly, especially with regard to the themes of his Journal. One of Burgess’s formative experiences was the death of his mother and his sister in 1918, during the postwar influenza pandemic, but Burgess decides not to mention this in his introduction. He describes this trauma in his memoir, Little Wilson and Big God. In a 1988 radio interview with Anthony Clare, Burgess said:

I had to grow up without something which I rather envied most other people having — the mother, the home atmosphere. I wonder whether this lack does do anything in adult life, whether one becomes colder or less able to give affection, or indeed to give affection. 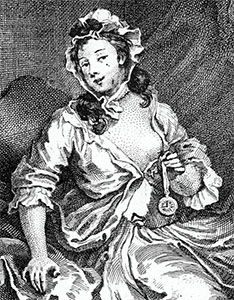 There is a great deal of affection in Burgess’s novel The Pianoplayers, published in 1986, which owes something to Defoe in its portrayal of the heroine, Ellen Henshaw. The debt is to another novel of 1722, Moll Flanders, rather than A Journal of the Plague Year: Ellen is a picaresque figure who triumphs over her impoverished and unpromising circumstances and the vicissitudes of fortune with wit and good nature, by manipulating men to get her own way. The connection with Defoe and Moll Flanders perhaps goes further: the first-person narrative of The Pianoplayers draws on historical fact to the extent that Ellen is given the same birthday and birthplace as Burgess, and the same family tragedy. The Manchester and Blackpool settings contain a number of accurate details, yet her life is entirely fictional, and her disarmingly conversational and candid manner conceals a great deal of literary craft.

Burgess’s copies of A Journal of the Plague Year and Robinson Crusoe are in the book collection at the Burgess Foundation. His knowledge of Defoe’s writing career was extensive, and he covers it in detail in his literary history, They Wrote in English. Describing Defoe as a great writer, Burgess concludes his survey of the work thus: ‘Defoe’s art was to deny art. No elaborate Jamesian artefacts for him, full of stylistic trickery: the plain tale put together by a far from plain talent.’

Combining documentary, memoir, novel and plague survival-guide, A Journal of the Plague Year remains compelling and resonant today, as we contend with another pandemic.