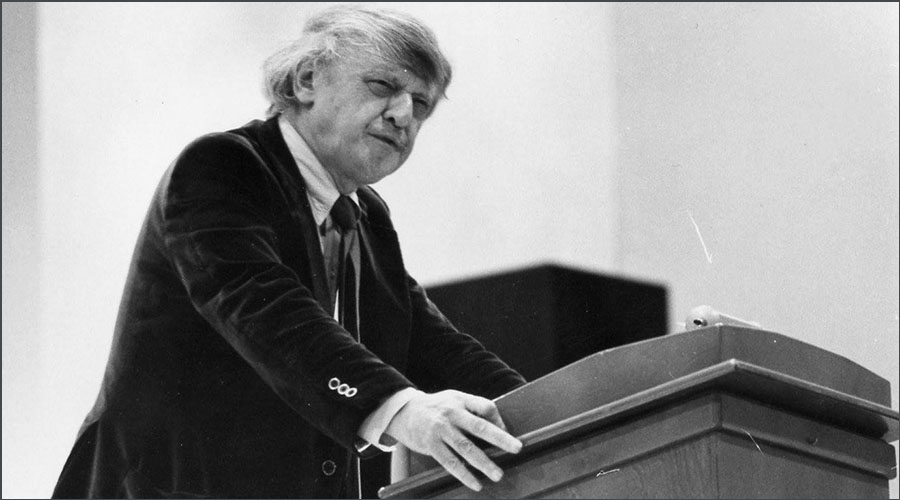 There seems to be a widespread assumption, often repeated on social media, that Anthony Burgess was a political conservative whose novels promote a right-wing agenda.

Although Burgess sometimes claimed to take no interest in party politics, his position turns out to be a more complicated one than expected. Looking into his novels, autobiographical works and interviews, it is hard to find a consistent set of political statements, and in many respects his opinions depended on where he was living at any given time.

Burgess was part of a large Anglo-Irish family from the Catholic north-west of England. They thought of themselves as part of an underclass: traditionally excluded from the English universities, they ran pubs, went on the stage, or became priests and nuns. Their politics were anti-elitist and broadly left-liberal. His father read the Manchester Guardian, to which Burgess made his first contribution at the age of 12. The first member of the family to attend a university was his cousin George Dwyer, later the Archbishop of Birmingham, who studied literature and theology in Rome. Burgess never stopped complaining about the unfair dominance of the Oxford and Cambridge elite, and he defined himself against it.

Conscripted into the British army in 1940, Burgess soon became disillusioned with the regime of parades, discipline and compulsory exercise. As a lecturer in the Army Educational Corps, he taught a course on civics with an emphasis on decolonization and building a post-war Welfare State. As the first volume of his autobiography makes clear, he strongly disliked Winston Churchill and supported the Labour Party in the general election of 1945.

In the 1950s, while working as a school teacher in Banbury, Burgess taught evening classes for the Workers’ Educational Association (WEA), an organisation set up to provide adult education to working people and marginalised communities. As an education officer in Malaya from 1954 to 1957, he was involved with the ‘Merdeka’ independence movement, and taught boys who went on to become influential members of post-colonial Malaysian governments. 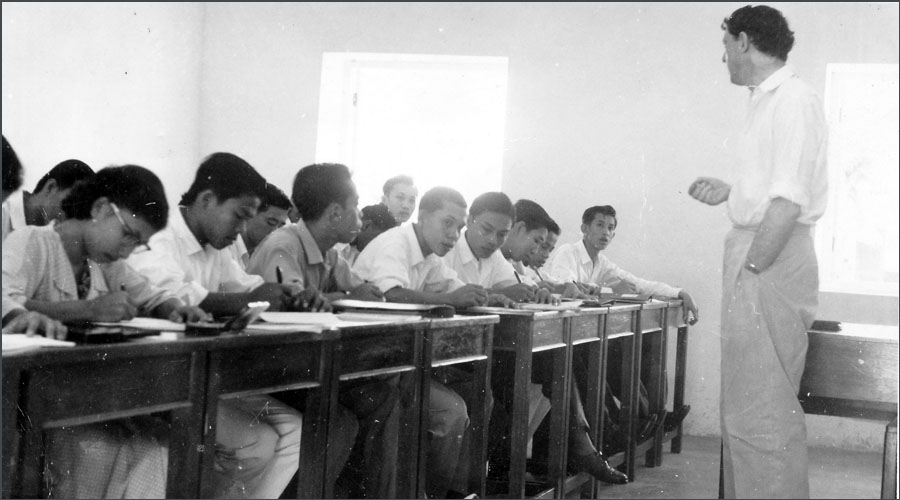 It seems clear that the politics of A Clockwork Orange are broadly anti-state and anti-authoritarian. There is a case for regarding it as a libertarian novel which expresses doubts about the extent to which the state should intervene in the lives of ordinary citizens. On the other hand, the book sets up the problem of teenage delinquency without offering any definite solutions beyond prison and social work. Burgess’s other dystopia of the 1960s is The Wanting Seed, which describes a futuristic society oscillating between liberal laissez-faire and authoritarian control. The novel’s big idea is that, in most democracies, governments tend to see-saw between these two positions.

Burgess’s work often addresses the politics of sexual liberation. Honey for the Bears, published in 1963, argues implicitly for the decriminalization of homosexual offences, which remained illegal in Britain until 1967. Another novel from the same period, Nothing Like the Sun, in which Shakespeare forms a variety of same-sex relationships, proposes that Elizabethan England was liberated in ways which resemble London in the 1960s.

There are further examples of political engagement if we look beyond the novels. Burgess was one of the signatories of an open letter opposing the American military intervention in Vietnam, published in The Times in 1967. In Malta he opposed the strict censorship regime and his public activities (lectures, articles and interviews in the newspapers) eventually led to a relaxation of the censorship laws. Living in Italy in the 1970s, Burgess supported the Communists on the grounds that they were the most anti-fascist party in Rome.

His politics after 1975 are difficult to determine. He bought an apartment in Monaco and kept company with Prince Rainier and Princess Grace. In the 1980s he was one of the founders of the Princess Grace Irish Library, a public institution which continues to deliver benefits to the reading public. Nevertheless, his main motivation for living in Monaco was to avoid paying income tax. During this period he tended to avoid commenting on the internal politics of Monaco, but he was vocal in his opposition to Margaret Thatcher’s government and in his support of the British monarchy. It’s worth noting that the 1982 edition of his novel The Eve of St Venus is dedicated to Prince Charles and Princess Diana. 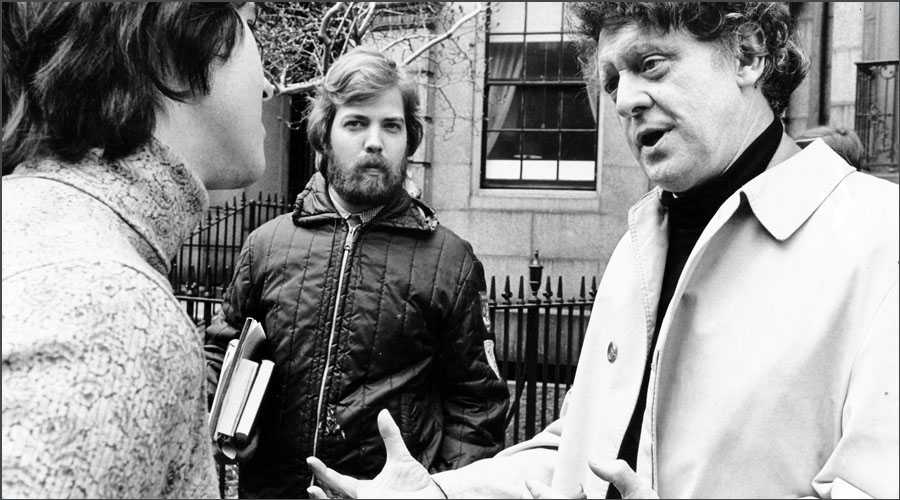 Not all of his political predictions were strictly accurate. In 1985 (published in 1978) he writes that the Cold War would last for at least 200 years. Yet there were few other political commentators in 1978 who were far-sighted enough to see that the Berlin Wall would fall just eleven years later.

Earthly Powers is probably Burgess’s most radical and progressive novel: it presents a history of Europe and America in the twentieth century, viewed from the perspective of a gay British writer, Kenneth Toomey, who is persecuted for his sexuality.

As a journalist, Burgess wrote for the Guardian and the Observer for more than 30 years. These are generally considered to be left-wing newspapers, and Burgess often spoke of the Observer, whose chief book critic he became, as ‘my paper’. He sometimes wrote for other left-leaning publications such as New Society, and for the Independent at a time when it supported the SDP-Liberal Alliance. He occasionally wrote articles for The Times, the Daily Telegraph and the Daily Mail, although these right-wing papers were never his natural home. In Italy, he contributed on a weekly basis to Il Giornale and Il Corriere della Sera.

To sum up, it seems that Burgess himself moved from a general position of radicalism in his early years to a later belief in order and stability, especially after he had begun to make money. Nevertheless, the fiction he published towards the end of his life continued to be politically subversive in its thinking. In his final novel, Byrne, he writes about global warming and an environmental catastrophe which lies in the near future unless we stop pillaging the natural resources of the planet. It is tempting to wonder how this growing interest in ecological questions would have developed if he had lived long enough to write about them in more detail.

The best sources of information about Burgess’s political opinions may be found in the two volumes of autobiography, Little Wilson and Big God and You’ve Had Your Time, and in the essay collections Urgent Copy and Homage to Qwert Yuiop. 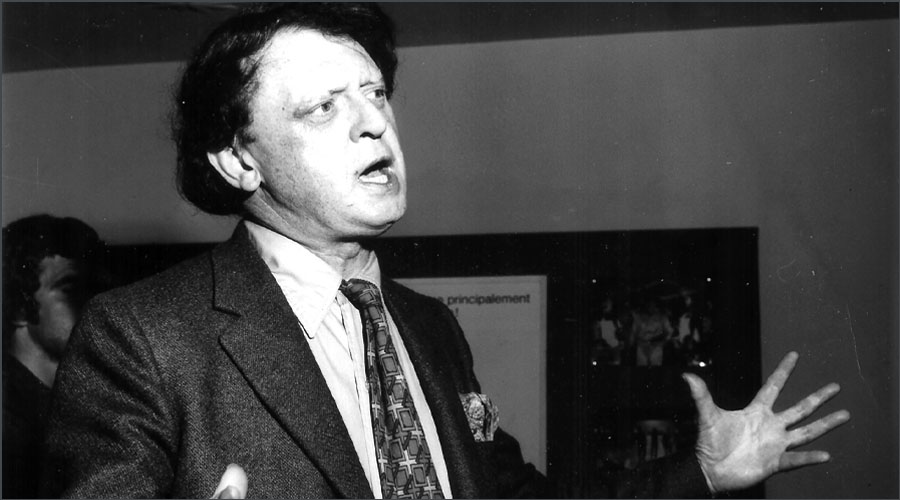