What Burgess says: ‘One of the finest films Fritz Lang made for UFA. Where it seems postured and melodramatic, Lang was deliberately using a technique drawn from the expressionist stage. It still seems to me to be the best of the visions of the future on celluloid: its faults are woven into its fabric, but they are the faults of high ambition and a genius that exceeds talent.’

Metropolis occupied a special place in Anthony Burgess’s imagination. He first saw the film in 1927 and its impact was immediately apparent. ‘Seeing it at the age of ten remains one of the major artistic experiences of my life,’ he writes in his autobiography. ‘I still list Metropolis among the best dozen films ever made.’

Metropolis is set in a futuristic city which is divided between the soaring skyscrapers which are home to the elites, and the underground factories in which the workers toil in obscurity. After Freder, the son of a rich industrialist, witnesses the explosion of a machine that kills several workers, he rebels against his father, claiming he can act as the mediator to bring together the two classes of the city. Meanwhile, Freder’s father has discovered an inventor called Rotwang has created a robot version of Freder’s dead mother, and plans to use the robot to kill his rebellious son. 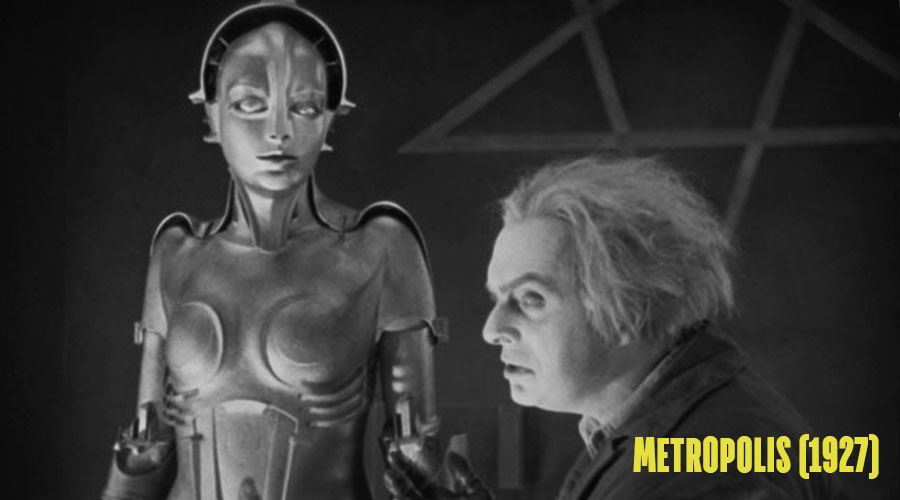 When Metropolis was released in 1927, Germany was at the forefront of cinematic innovation. Fritz Lang and his fellow directors such as F.W. Murnau and Robert Weise, created enduring silent films which went on to influence some of the biggest names in Hollywood cinema. Films such as Nosferatu (1922) and The Cabinet of Dr Caligari (1920, also selected by Burgess in his BFI list) established many of the generic conventions of Hollywood films, and showed some of the earliest visual effects. Alfred Hitchcock gained some of his first experiences of a film set when, in 1924, he worked as an assistant director on The Blackguard at Babelsburg Studios in Potsdam (home of the production company UFA). While working on this film he was able to observe the work of several German directors working at the studio, including F.W. Murnau. Of this experience, Hitchcock said: ‘I acquired a strong German influence by working at the UFA studios.’ It is telling that Lang and Murnau both ended up continuing their innovations in Hollywood after the Nazi party came to power in Germany.

The images Lang created in Metropolis remain some of the most powerful in cinema history. The Frankenstein-like activation of the robot, and the cityscape of towers with aircraft flying in between, are images that have been both parodied and paid homage in films such as Star Wars (the design of C3PO owes more than a little to Lang’s Machine-Man), Blade Runner (with its grim vision Los Angeles, oppressed by towers and flying police cars), and the Batman films of Tim Burton (where Gotham City is shown as a sort of modernist dystopia).

It was these images that also impressed the young Burgess even before he had seen the films. In an article published posthumously in The Ink Trade, written shortly after Metropolis was ‘restored’ by Georgio Moroder in 1984 (with the ill-advised gimmick of pop music replacing the original score), Burgess remembers seeing the ‘publicity still and handouts [that] affected me powerfully before viewing it in the sixpenny stalls.’ It was perhaps these images that Burgess was thinking about when he was writing the New York sections of The End of the World News, in which the high-rise city is traversable by skywalks while the streets below are inhabited by drunks and gangs. 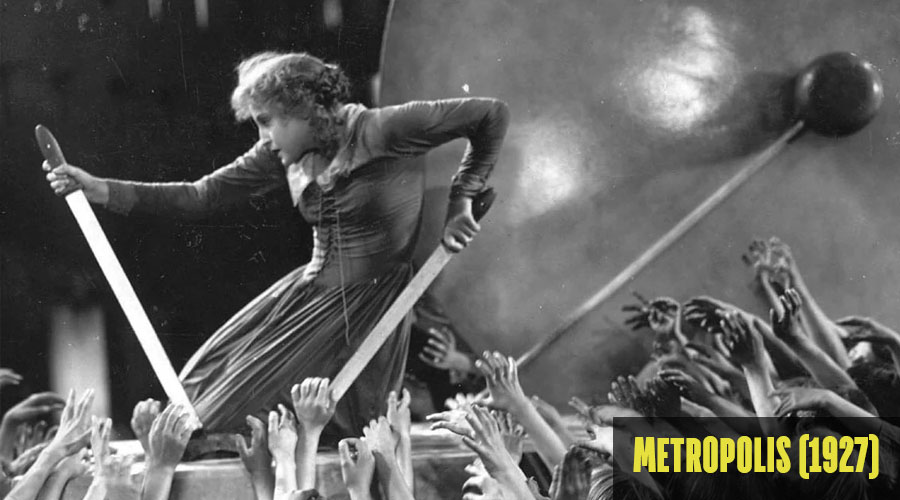 Metropolis never seemed to leave Burgess’s imagination, and he returned to the film often. His most overt engagement with the film in his fiction is in his novel The Pianoplayers, which is inspired by his youth in Manchester. Early in the novel, the narrator Ellen Henshaw recalls playing the accompaniment to Metropolis in a scene that clearly invokes Burgess’s own experiences: ‘There was a lot of the kind of variety my dad liked, what with workers trudging along to work in A minor, and machines in a factory and skyscrapers, and a robot, and a big flood, and even a dance that the robot does when it’s made to look like a girl by the Mad Scientist, and I found a lot of what was needed, what with diminished sevenths and my new black-white scale and plenty of noise in that part of the bass that didn’t really play notes, only growled.’

This scene was perhaps also inspired by Burgess’s own accompaniment to the film, as he performed live improvised piano accompaniment for the uncut version of Metropolis at the University of Iowa in 1975. He remembers it as a feat of endurance: ‘I played for nearly four hours. I was given little wisps of marihuana in thanks.’

Metropolis is perhaps the most important film for Burgess to include in his selection for the BFI. It was the film that acted as his induction into the world of cinema and remained a key part of his imagination in the decades that followed. In analysing the impact that Metropolis had on him, he writes, ‘The myths which nourish our childhood are implanted for ever. I can never free myself from Metropolis.’