What Burgess says: ‘Jean Cocteau was a fine film-maker, and this handling of a classical myth was a triumph of economical film-craft. When I say “economical”, I refer to the cost as well as the handling of the material. The resonance of this retelling of the Orpheus tale is of a quality very hard to define: like poetry, more is said than seems to be said, and the reverberations of the images in the unconscious mind are not easily driven out.’

Orphée is set in the bohemian café culture of Paris immediately following the Second World War. It tells the story of the titular poet, played by Jean Marais, who witnesses a drunken brawl involving his rival, Cégeste, who dies as a result. This event introduces Orphée to a mysterious Princess who is revealed to be Death. Orphée witnesses her take Cégeste to the Underworld through an enchanted mirror. When the Princess takes Orphée’s wife, Eurydice, he decides to go to the Underworld to rescue her. In the process he falls in love with the Princess but returns to the land of the living with Eurydice. Eventually, an angry mob, believing he has killed Cégeste, kills Orphée and sends him back to the Underworld as a shade. There he chooses the Princess over Eurydice. 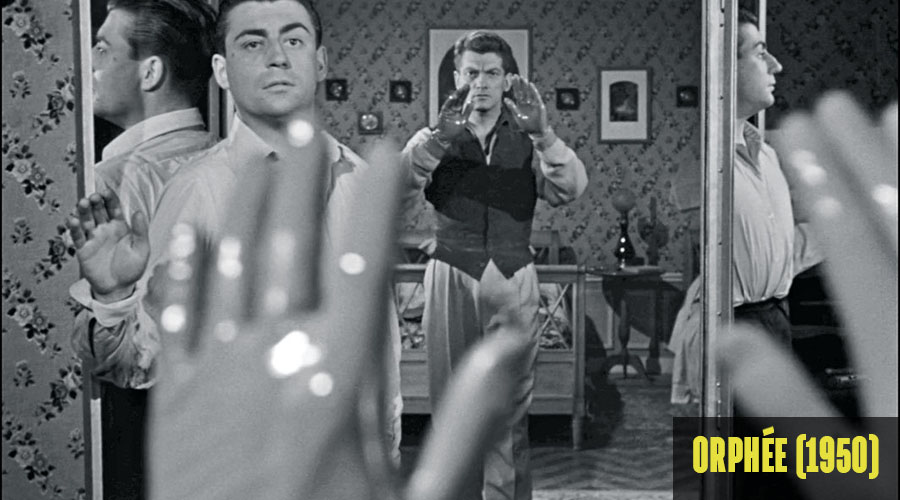 The film began life on the stage in 1926. It was Cocteau’s first major theatrical work and set the template for much of his subsequent work in film and theatre. When he came to adapt the play for film in 1950, the story was significantly changed. The structure of the story still uses Orphic mythology, and the gateway to the Underworld remains an enchanted mirror, but much of the detail has been updated to be more relevant to a France that had been torn apart by war. For example, in the play Orphée is inspired to write poetry by a horse which taps out messages with its hoof. In the film, Orphée hears fragments of poetry on a car radio, resembling the cryptic broadcasts of the French Resistance during the war. The Underworld in the film, shot on location at the ruins of Saint-Cyr military academy, resembles a bombed-out city, which would have evoked memories of the recent war for audiences in 1950.

Burgess first saw the film in the early 1950s, when he was a teacher at Banbury Grammar School. It’s not hard to understand why he liked it so much: throughout his life he had a preoccupation with modern retellings of classical myths, including James Joyce’s Ulysses. Novels such as A Vision of Battlements, which adapts the Aeneid, and M/F, which is inspired by the story of Oedipus, show Burgess’s own experiments in the genre of mythical fiction, but there is another novel which responds directly to Cocteau’s Orphée: Beard’s Roman Women.

Originally titled Rome in the Rain, the novel is a response to the death of Burgess’s first wife, Lynne, and the events which followed. Ronald Beard loses his wife and subsequently moves to Rome after he begins a relationship with a seductive Italian woman called Paola. While he is enjoying his new life, he starts to receive telephone calls from his dead wife. While the novel contains some elements of the classical story of Orpheus, there is evidence that Burgess was also inspired by Cocteau’s version of the story. 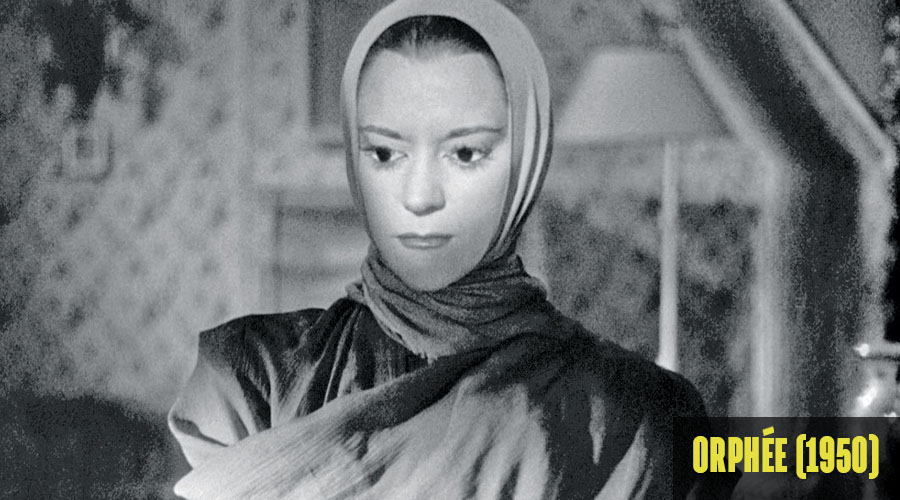 Ronald Beard, like Orphée, is obsessed with the work of a rival. Orphée is guided through the Underworld by the psychopomp Heurtebise, while Beard is guided through his grief in a strange, purgatorial version of Rome by Gregory Gregson, a loudmouthed English expat who drinks lashings of pink gin. Paola takes on the role of the Princess in the novel, and Beard must eventually choose between her and his apparently resurrected wife.

Beard’s Roman Women was published in 1976, more than twenty years after Burgess’s first encounter with Orphée. This is a testament to the power of the film, and when Burgess says that ‘the reverberations of the images in the unconscious mind are not easily driven out,’ he is referring to the cutting-edge visual effects and camera trickery. For example, the enchanted mirror which acts as the door to the Underworld was created with a vat of liquid mercury, which allowed the actors to appear as if they were entering the looking-glass.

Cocteau’s artistic vision certainly inspired Beard’s Roman Women, and images of the Underworld from Orphée also appear in A Vision of Battlements, completed in 1952, shortly after Burgess first watched the film. It is perhaps Orphée which illustrates, more than any other motion picture, the impact of cinema on Burgess’s creative work.