Burgess and the Atomic Age: Sonata in H

When the atomic bomb destroyed the Japanese city of Hiroshima in August 1945, more than 140,000 people lost their lives, either in the blast itself or as a result of radiation sickness afterwards. This catastrophic event inaugurated a new era in world history and politics. From 1945 onwards, everyone would be living in the shadow of Hiroshima, aware of the possibility of nuclear destruction.

To commemorate the 75th anniversary of the bombing of Hiroshima and Nagasaki, the Burgess Foundation is launching a new series of online activities, themed around the title ‘Burgess and the Atomic Age’. We begin with ‘Sonata in H’, a long poem written by Burgess in the 1950s, which addresses the horrors of atomic warfare.

Burgess first became aware of the destructive power of atomic weapons when he was stationed in Gibraltar in August 1945. Along with his fellow soldiers, he watched newsreel footage of the destruction of Hiroshima in the Rock’s only cinema, and it was immediately clear to him that the nature of warfare had been changed forever. 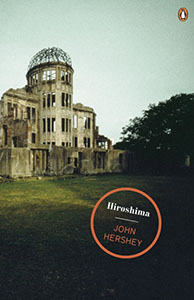 The following year saw the appearance of Hiroshima, John Hersey’s non-fiction account of the first atomic bomb and its aftermath, published by Penguin. Some of the technical and scientific details from Hersey’s book found their way into Burgess’s writing about nuclear weapons.

After he had left the army, Burgess worked for eight years as a teacher in Wolverhampton, Bamber Bridge, and then in Banbury in Oxfordshire. His years in Banbury were especially productive. In 1951 he completed his first dramatic work, a verse comedy titled The Eve of St Venus, which he later adapted as a novella. In 1952 he wrote his first novel, A Vision of Battlements, which remained unpublished until 1965.

His notebooks and diaries show that he was writing songs and sonnets throughout this period. ‘Sonata in H’, a poetic reflection on the atomic age is the most substantial poem he wrote while living in the village of Adderbury, just outside Banbury.

The poem, which runs to 150 lines, is divided into four numbered sections. In part one, Burgess imagines what would happen if a nuclear bomb were to fall on Oxfordshire. It is springtime and the natural world is coming back to life. Families are going about their business. A clock ticks down to the moment of the explosion, after which there is a mess of ‘shrivelled parchment limbs’. Burgess uses the striking image of a ‘death-spewing octopus’ to represent the mushroom cloud, which blots out the sun. 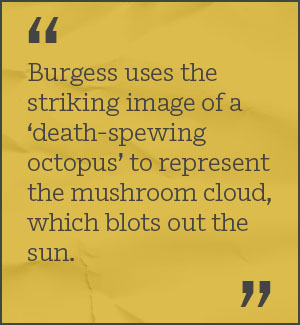 In part two, the voice of a scientist coldly explains how to make a hydrogen bomb, ‘Six hundred times as powerful as the Hiroshima bomb.’ There is much talk of heavy metals and radioactive elements. The reader is expected to disagree when the scientist says: ‘Of course we know what we’re doing.’

The third part is a formal elegy for those who have died as a result of nuclear weapons. The speaker anticipates ‘this final thunder’, which threatens to destroy all human life and civilisation.

The title of the poem deserves some commentary. In music, a sonata consists of three sections: exposition (presentation of the primary theme), development (altering the original theme and often introducing new material) and recapitulation (an altered repetition of the primary theme). Burgess follows this structure quite closely in his poem, returning to the formal, portentous style of the first section in part three. The fourth section works as a long coda or tail-piece, but it also shows us that Burgess was willing to disrupt the traditional form of the sonata.

As a musician, Burgess had already composed his ‘Sonata for Violoncello and Piano’, completed in August 1945 (the month of Hiroshima and Nagasaki) and dedicated ‘To the Fallen’ of the Second World War. ‘Sonata in H’ was not the last time that Burgess was to make use of the sonata in his literary work. The critic James Bly has found evidence that Burgess’s Cold War spy novel, Tremor of Intent, is constructed in sonata form. Bly’s article was published in the journal Modern Fiction Studies in Autumn 1981.

Burgess’s poem appeared in the Banburian, the magazine of Banbury Grammar School, in the summer of 1954, shortly before he left England to take up a teaching post at the Malay College in Kuala Kangsar. In his autobiography, Burgess writes that some of the lines were suggested by his pupils in Banbury. Nevertheless, a close examination of the poem reveals Burgess’s own signature style throughout the text. The structure and language of the poem indicate a strong debt to T.S. Eliot, acknowledged by Burgess as one of his favourite poets. The multiple voices who speak in fragments are strongly reminiscent of The Waste Land; and one of the eccentric words, ‘phthisis’, occurs both in Eliot’s poetry and elsewhere in Burgess’s published writing. 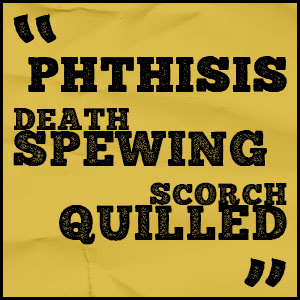 Elsewhere in the text, we find unusual compound words, such as ‘death-spewing’ and ‘scorch-quilled’, which are characteristic of Burgess. He’d learned this technique from his close study of the poems of Gerard Manley Hopkins, who’d also provided the epigraph to the earlier ‘Sonata for Violoncello and Piano’. It is difficult to determine who was responsible for which parts of the text, but there is no doubt that Burgess was its primary creator, author, editor and arranger.

A much-neglected work, ‘Sonata in H’ has never been reprinted since 1954. It is one of Burgess’s most remarkable and accomplished longer poems.

This week the Foundation will release a video of the actor Paul Barnhill reading a series of extracts from the poem. The complete text will be published by Incline Press as a pamphlet in 2021.

Future posts in this series include an article by Burgess about Hiroshima, written for the fortieth anniversary of the bombing in August 1985; and two further pieces about Honey for the Bears and Tremor of Intent, the Burgess novels which engage most closely with the politics of the Cold War and the global consequences of the atomic bomb.