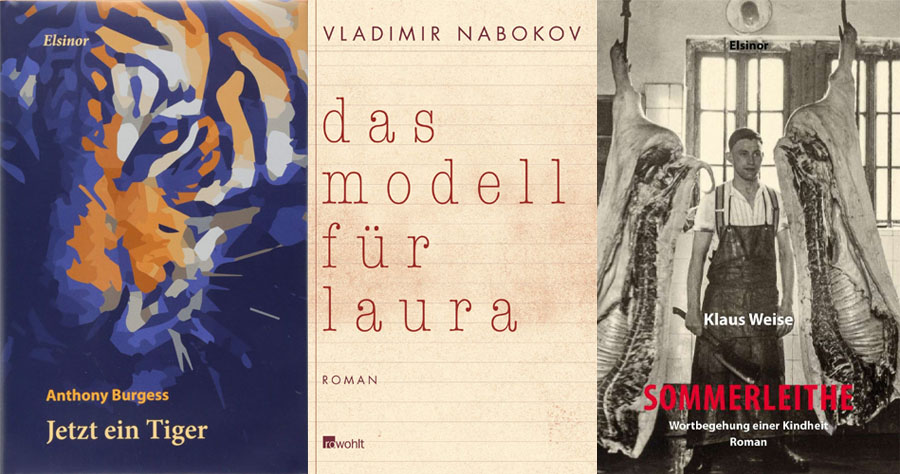 This episode of the Burgess Foundation Podcast is the first in an occasional series in which we speak to the current translators of Anthony Burgess’s novels to find out the delights and challenges involved in making them understandable in different languages and cultures.

Our first guest in this series is Ludger Tolksdorf, who has spent the last few years translating The Malayan Trilogy into German. The first volume, Jetzt ein Tiger, was published in 2019, and the following volumes, Der Feind in der Decke and Die Betten im Orient, will be published in Spring 2022.

In this episode, Ludger talks about the challenges of translating Burgess into German, and reads from his translation, giving a sense of the creative role of the translator.

Ludger Tolksdorf is an editor and translator based in Bonn, Germany. He began his career with Vladimir Nabokov’s The Original of Laura (Das Modell für Laura), on which he was the translation editor. As a translator, he has worked on two more books by Nabokov, Lectures on Literature (Vorlesungen über Westeuropäische Litertur, 2014) and Letters to Véra (Briefe an Véra, 2017). He has worked extensively as an editor in contemporary German fiction, his latest work being on the novel Sommerleithe by Klaus Weise (2021), an autobiographical novel about a childhood lived on both sides of the Iron Curtain.

Andrew Biswell from the Burgess Foundation talked to Ludger Tolksdorf in July 2021.

Listen to this podcast below or on your audio platform of choice (Apple Podcasts /  Spotify), or use the streaming links below.

The Burgess Foundation Podcast explores Anthony Burgess’s life and work through thematic discussions and interviews with writers, literature experts, and other people who have encountered Burgess and his work in different contexts.

If you have enjoyed this episode, why not leave us a review and subscribe wherever you get your podcasts.