Podcast: Nicholas Rankin and the Influence of Anthony Burgess 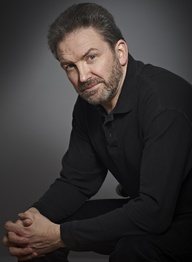 Nicholas Rankin is a writer and broadcaster who first discovered the work of Anthony Burgess when he was a student in the late 1960s. Burgess would go on to inform Rankin’s later writing, and he appears in his recent history of wartime Gibraltar, Defending the Rock: How Gibraltar Defeated Hitler.

Nicholas has agreed to take part in a new International Anthony Burgess Foundation podcast, to talk about the influence of Burgess on his work and to share a Burgess-inspired short story he wrote in 1981. ‘The Rightist’, he says, attempts to capture his experiences of living in Spain during a particularly turbulent time in the country’s history. He describes the circumstances of the story’s creation:

The day that Franco died, 20 November 1975, I was a rather wild and restless young man living in the Catalan capital Barcelona, teaching English as a Foreign Language. I had a degree in English and still read a lot. I liked the word-boys: James Joyce, Dylan Thomas, Anthony Burgess. When I began writing, aged 30, I put something of those days into a short story, which was first published in November 1981, in a good but now defunct literary paper called Quarto. Forty-five years on from the death of the Caudillo, I think the story perhaps merits another peep at the light of day.

The influence of Burgess is present in Rankin’s use of language, and ‘The Rightist’ manages to capture the atmosphere of political upheaval from a distinctive point of view, even more so when read by the author.

Rankin sent a copy of the story to Burgess and corresponded with him about it. Later on, when he was working for the BBC World Service, he met and interviewed Burgess. In June 1994 he attended Burgess’s memorial service in London.

In this episode of the podcast, Rankin talks about the impact Burgess had on him as a young writer, and the importance of Burgess’s work to his generation. You can listen to the podcast at Apple Podcasts / Soundcloud / Spotify / YouTube and download it from any of the normal podcast channels. Follow the links below to find out more.

Nicholas Rankin’s latest book, featuring a chapter on Burgess in the army during the Second World War, is Defending the Rock: How Gibraltar Defeated Hitler.