Throughout his writing career Anthony Burgess was inspired by the conflict between the teachings of Saint Augustine and the British monk Pelagius. Augustine, a convert to Christianity from humble roots in fourth-century Algeria, believed that man was constrained by Original Sin and could only achieve salvation by an act of divine grace. Pelagius, on the other hand, believed in man’s ability to choose goodness and to achieve salvation by act of will.

Whether Burgess was introduced to the ideas contained within Augustine’s Confessions by an American soldier in wartime Gibraltar is unclear: there is an episode in A Vision of Battlements that recalls a theological discussion with an American soldier in a bar, and in Little Wilson and Big God Burgess remembers meeting an American captain who ‘had read philosophy and theology, and what he had learned from the war was a confirmation of the existence of theological evil’. 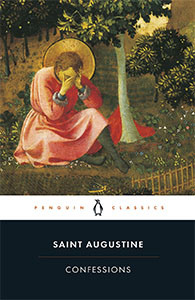 What is clear, is that Augustine’s ideas influenced much of the thematic foundation of Burgess’s fiction. In A Clockwork Orange, Alex and his Droogs are at the heart of the conflict between the concept of Augustinian Original Sin, and Pelagian free will. Similarly, in Earthly Powers, the Augustinian Kenneth Toomey is in perpetual conflict with the Pelagian Carlo Campanati.

Yet, to concentrate purely on this conflict of philosophies misses the total impact Augustine has on Earthly Powers.

Kenneth Toomey, the Augustinian narrator of Earthly Powers is troubled by the theological implications of his sexual desire: exiled from the Catholic Church because of his sexuality, he struggles to reconcile this part of his life with the faith in which he was brought up.

Much of Augustine’s writing deals with ideas of sex, desire and sin, in particular the difference between companionate love and animal desire. Augustine did not believe sex itself was inherently sinful, but he believed uncontrolled desire or ‘concupiscence’ led to irrationality and egoism. His writings on the subject played a large part in Western Christianity’s identification of sex with sin, although that was not his intention.

Augustine’s writings are reflected in Earthly Powers in several ways. Augustine believed that the ideal marriage was not one based on physical desire but on mutual companionship. When Toomey meets Dr Philip Shawcross in Malaya, the relationship is never described in sexual terms. They are true companions and, according to Toomey, truly in love. He describes the relationship:

‘I saw clearly how much I needed Philip, and I marvelled at the mystery of a particular nonphysical love apparently driving out generalized physical desire. The thought of embracing Philip – an abomination.’ 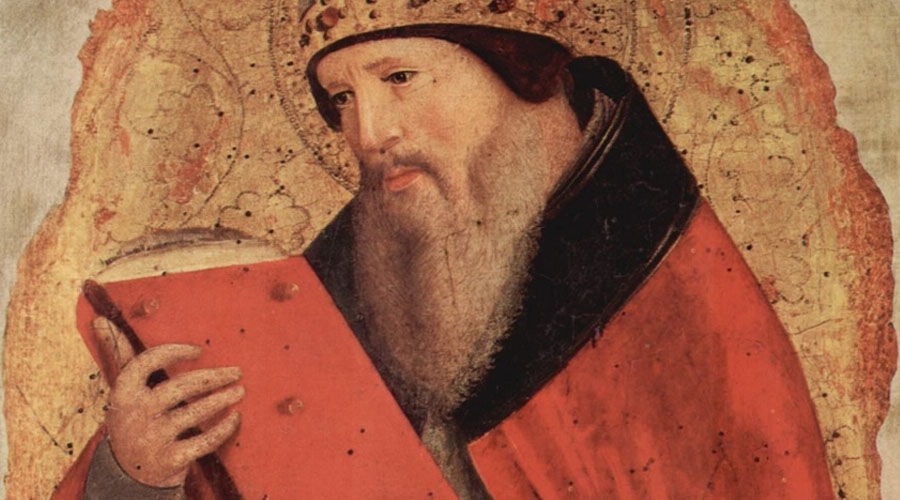 The reverse of this, is when Toomey witnesses the exploits of Sir Richard Curry while drinking with sailors in Nice. Dick is all animal desire, cynically taking advantage of a drunken sailor ‘in brutal Norman Douglas style’. Witnessing this display of sexual abandon, Toomey feels ‘bitterly ashamed’.

Dick Curry can be seen as the embodiment of Augustine’s pre-conversion self which is described in the Confessions:

‘To me it was sweet to love and be loved, the more so if I could enjoy the body of the beloved. I therefore polluted the spring water of friendship with the filth of concupiscence. I muddied its clear stream by the hell of lust, and yet, though foul and immoral, in my excess vanity, I used the carry on in the manner of an elegant man about town’.

If Philip represents true Augustinian love, moral, chaste and companionate, Dick Curry represents the immoral, vain and lustful sin on uncontrolled desire, something which Toomey, throughout the novel, finds distasteful.

Yet these ideas are complicated in the novel and Toomey cannot be viewed as a true Augustinian for one reason: he is gay. In the Confessions, Augustine writes:

‘Therefore shameful acts which are contrary to nature, such as the acts of the Sodomites, are everywhere and always to be detested and punished. Even if all peoples should do them, they would be liable to the same condemnation by divine law; for it has not made men to use one another in this way. Indeed the social bond which should exist between God and us is violated when the nature of which he is the author is polluted by a perversion of sexual desire’. 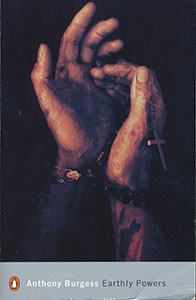 Toomey struggles with this ‘social bond’ with God throughout the novel, but there is evidence that he is attempting to recast his own experience in Augustinian terms.

Early in the novel, we are presented with an extract of Toomey’s unpublished book about same-sex desire, The Way Back to Eden. The extract is sexually explicit, yet its title has religious connotations. Augustine believed that the only true and moral sex was before the the fall, between Adam and Eve. He believed their sexual relationship was controlled by reason and will and was to both partners a source of the highest pleasure.

After the fall, the sexual act was a source of frustration and a transmitter of Original Sin. In naming his book The Way Back to Eden, Toomey is consciously adopting this Augustinian theory, though altering it to make a condemned activity free of the ‘pollution’ that Augustine decries.

Burgess used Augustine’s Confessions in a nuanced and unexpected way in the writing of Earthly Powers. His recurring use of the contrast between Augustinianism and Pelagianism is evident in the novel, but Earthly Powers shows the depth of his engagement with a text that is much more complex than the idea of Original Sin.