The plot of Earthly Powers is built around Carlo Campanati, a Catholic priest whose impious attitude to life does not prevent him from becoming Pope.

In the creation of Carlo’s character, Burgess seems to be drawing on three different versions on the story of Faust: Doctor Faustus by Christopher Marlowe; Doktor Faustus by Thomas Mann; and Faust by Goethe.

Burgess had a long history with Doctor Faustus, first writing about Marlowe’s play at length in his undergraduate thesis in 1940. Towards the end of his life, in the afterword to A Dead Man in Deptford (1993), Burgess remembers the experience of writing the thesis as the Luftwaffe dropped bombs on his home town of Manchester:

‘In Moss Side, in the small hours, I sat, my induction into the British Army deferred, typing my university thesis on Christopher Marlowe. The visions of hell in Dr Faustus seemed not too irrelevant. “I’ll burn my books – ah, Mephistophilis.” The Luftwaffe was to burn my books and even my thesis. Mephistophilis, as Thomas Mann was to show in his own Doktor Faustus, was no mere playhouse bogeyman.’ 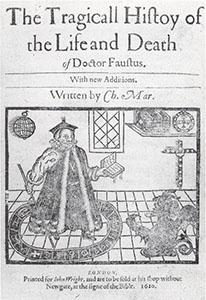 It is clear that from his literary interests as a student, to some of the last work he produced in his lifetime, the Faustus story remained a powerful influence on him.

The book collection at the Burgess Foundation reveals that he owned copies of each of these: a 1965 edition of Marlowe’s Doctor Faustus (dedicated to Burgess by the editor John D. Jump), a 1959 edition of Mann’s Doktor Faustus, and the 1962 Peter Salm translation of Goethe’s Faust in which the play appears in both German and English.

The Faustus story, in each of its iterations, revolves around the dialogues the title character has with the devil. At various intervals in Earthly Powers, Carlo is seen talking to his nemesis in scenes that recall both Marlowe’s and Mann’s version of the story. In the exorcism of Mahalingam’s son in Malaya, he warns the devil that ‘In various forms we will have other meetings’, and later in the novel, he seems to see the devil in the form of a rat.

He speaks to the rat: ‘For the moment you are in the ascendancy, old boy, what, rather. I see your large clean fangs grinning at my temporary failure. Salut, mon prince, votre bloody altesse.’ 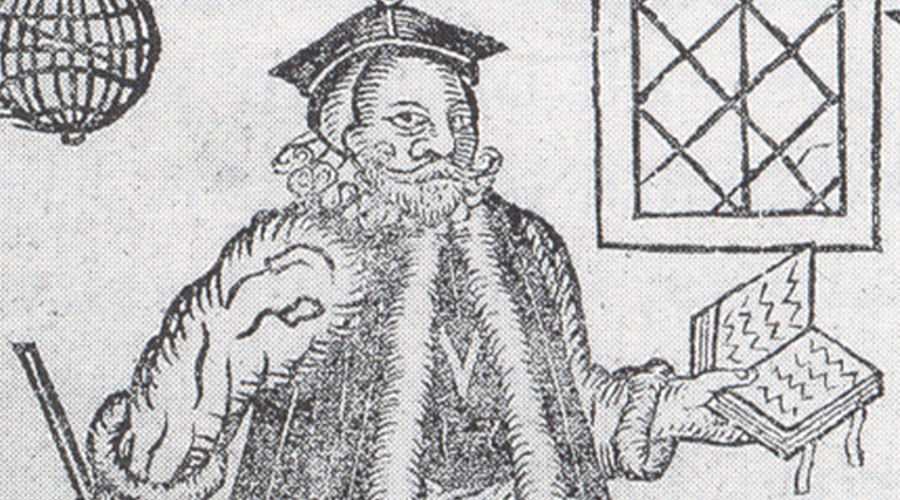 All three versions of the Faustus story involve a wager made with the devil for the promise of earthly rewards, yet in Earthly Powers we do not witness Carlo make any diabolic deal. Toomey merely hints at this possible reality in the way he describes Carlo’s mysterious elevation to Pope. When the new Pope, Carlo’s predecessor Casorati, is elected, he is the victim of an unhappy, and possibly diabolic, event:

‘There were murmurs of Deo gratias. And then the venerable Patriarch rose from his seat, thrust out an arm, cried “No, no”, and then collapsed on to the fawn wool carpet […] Prayers were said and the ballot was resumed. Its result was definitive. Carlo Campanati gained his own votes as well as most of those of the dead Patriarch. It was a walkover.’ 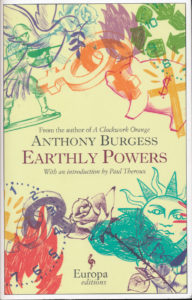 If Carlo’s wager is primarily based on Marlowe’s version of the Faustus story, Burgess uses Mann’s version to help give Earthly Powers its thematic import. In Mann’s Doktor Faustus, the plight of the protagonist Adrian Leverkühn, a composer who trades his soul for musical genius, is tied up with the political state of Germany in the first half of the twentieth century. It uses the traditional Faustus story to illustrate the political conditions in Germany that led to the rise of the Nazi party. In a similar way, Burgess hangs his parallel history of the twentieth century on his allusions to the traditional Faustus story. In both novels, unreliable narrators relate the action, both friends of the Faustian characters and both perceive the demonic in their subjects’ actions.

Both Marlowe and Mann’s versions of the story go some way to help interpret the actions of Carlo in Earthly Powers, yet it is Goethe’s Faust that could unlock his ultimate fate. This version of the story is the only one that grants Faust salvation. He is saved from eternal damnation by his love, Gretchen. Towards the end of the novel, Carlo is on his deathbed and calls for Toomey’s sister, Hortense, in order to confess his love for her: ‘He said that he loved her. But only as Dante loved Beatrice. She to him personified the Divine Vision made flesh.’ When Toomey tells this confession to the Archbishop of Malta, he replies ‘Eternal Woman draws us upward’, which is the saving grace from Goethe’s Faust. In Earthly Powers, it seems Carlo hopes Hortense can provide similar salvation for him and is the clearest indication that he might have made the devil’s bargain.

The three different versions of Doctor Faustus play an important role in building the thematic foundation of Earthly Powers, and provide Burgess with a literary template for his theological vision. It allows Carlo’s actions to be described in mythic terms, adding texture to the unlikely concept of a diabolic Pope.

Pictured above: The frontispiece for a 1620 edition of Doctor Faustus.