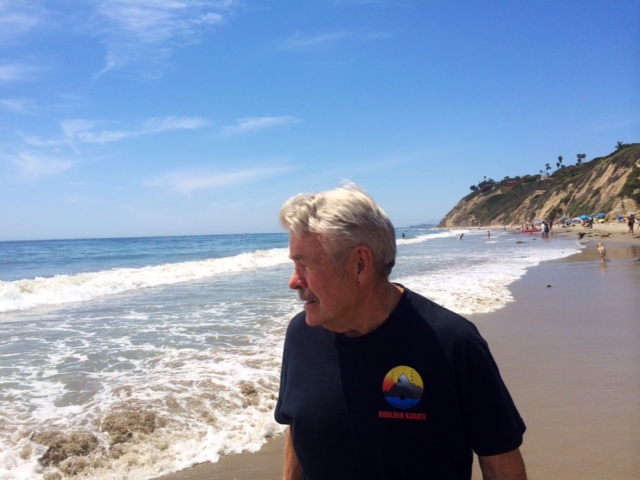 I first met Anthony in 1969 in Vancouver, British Columbia. He had been invited to lecture at Simon Fraser University. I was then on the faculty of Royal Roads in Victoria, a branch of the Royal Military College. His lecture was well attended, and he delighted the audience with accounts of his travels that had provided him with material for novels. His trip to Leningrad in 1961 had been especially fruitful. He described how he and his wife had encountered young hoodlums called stilyagi outside a restaurant. They resembled the English teddy boys of the fifties, whom indeed they were copying, and he went home with a sturdy conviction that ‘Russians are human.’ When he described this encounter in his lecture, he accidentally said ‘Humans are Russian,’ but he would not correct the slip, considering it ‘ben trovato.’ He also explained why he believed that Shakespeare was syphilitic.

After lunch I was asked to drive Burgess to the airport. On the way, I told him that I had two articles on his novels forthcoming, and I gave him copies, telling him that I’d like to write a critical biography and if he approved of what I’d written about his work would he help me. He asked if I intended to write a thesis on him for an advanced degree. Not having a doctorate himself, he found it ironic that people were writing theses on his books. I told him that I already had a Ph.D. from the University of California and later I showed him two of my published articles on Jacobean tragedy. Renaissance drama is my academic specialty, but a colleague gave me The Wanting Seed, and I was hooked.

He took my two articles on his novels and wrote the following to me from Malta: ‘I read your pieces on the Seattle-bound plane and was impressed and encouraged. Also, which is the test of good criticism, the author learned something new about his work. I lay the eggs but have to be schooled in tasting them.’

He offered to give me everything I needed in the way of an account of his life and general background to help me with a biographical chapter and give it ‘a horsemouth authenticity.’ And he invited me to meet him later that summer in Stratford, Ontario, where he would be lecturing at the Shakespeare Festival. Happily, I was able to catch an RCAF flight to Trenton, Ontario, and a train to Stratford. I brought with me a long essay entitled ‘Pelagius and Augustine’ in which I summarized the seminal debate, how it has recurred subsequently in the works of various major writers and went on to talk about how it informs several of his novels. He was pleased with the essay and my discovery of ‘depths that were there.’ The following morning, when he had been scheduled to lecture, he spent two hours with me one discussing his life and works. I recorded the interview, and it became the basis of the biographical chapter that begins my book on him.

In 1978 Burgess was asked to write a television special on Ernest Hemingway that included footage of various places Hemingway had been. Burgess himself did the narration and accompanied the crew. Their final intended stop was Ketchum, Idaho, where Hemingway committed suicide. A layover in Salt Lake City was necessary, and Burgess called me from the Salt Lake airport. I brought him to my house, and my wife made him a sandwich. Weather is unpredictable in the Rockies, and although it was early September a snow storm struck. Burgess was dressed for summer, and as he stepped out the front door he was greeted with a blast of winter air. ‘You’ve got to be tough to live here,’ he remarked. Happily, I had an overcoat left by my late father and gave it to him.

He always intended to return the coat, which he wore in the final scene in the graveyard in Ketchum. I didn’t care about the coat, but I would have loved to have him visit the University of Utah for a lecture. It just didn’t work out. But he received a copy of my book as soon as it came out and wrote to me the following: ‘It seems to me that you’ve done a fine job there, in so far as I’m able to judge. Even your one Freudian slip (or the printer’s) – Napoleon Sympathy – is apt and even perhaps a stroke of genius. Now that you have that book out of the way you’ll be able to concentrate on your own fiction, of which I have high hopes.

‘We [Liliana and Burgess] congratulate you on a fine job. A lot of work and a great deal of imaginative insight have gone into it. It’s valuable to me, encouraging and enlightening, and if the subject finds it so fifty per cent or more of the intention has been fulfilled. The Napoleon chapter is of immense value particularly.’

In 1987 my first novel, Confessions of Johnny Ringo, was published by Dutton. It is a fictional memoir of a famous western outlaw who carried the Greek and Roman classics in his saddlebags and read them in the original between carrying out underworld operations in Arizona and Mexico. I had been sending segments of it to Anthony, who encouraged me to finish it. He then wrote a generous endorsement that was very helpful: ‘One does not toss the term “masterpiece” carelessly around, but it is a word that comes to my lips. For here we have not only a fictionalized segment of American history but also live and rounded characters who exemplify remarkably what the American character and destiny are about… A good read and fine literature – the two are shown here not to be mutually exclusive. I heartily recommend Mr. Aggeler’s book to readers who can reconcile thrills with intelligence and fast action with fine style.’

Needless to say, I was hugely gratified and encouraged to produce more fiction. I began a long novel that imaginatively reconstructs Christopher Marlowe’s career as a spy for the Elizabethan government and his subsequent meteoric rise as a dramatist. My research took me to London, Canterbury, Cambridge, and Rheims, France, where Marlowe is thought to have enrolled in the English College, posing as a recusant while gathering information for Sir Francis Walsingham, head of Her Majesty’s secret service. Happily, I met the Antiquarian for the District of the Marne, who provided me with maps of Rheims in the sixteenth century and descriptions of the old houses that had survived the bombardments of the First World War.

When I’d finished my research my wife and I chose to holiday in Strasbourg. By chance, Burgess and Liliana were also in Strasbourg for a big conference of European writers. Burgess was a featured speaker. We attended one of his sessions, which he conducted entirely in French. He conducted a subsequent session in German and told me that he was losing touch with English. After the session in French we and the Burgesses went out to a restaurant, and it was a delightful evening. He wondered what I was doing in Strasbourg, and I explained that I’d been in Rheims researching a novel about Marlowe. I told him what I intended to cover, and he remarked, ‘Geoffrey, I think you’re taking on rather a lot.’ He was right, of course, Horses of the Night would take me five years to write.

This was in October of 1987, the last time I would see Burgess. We continued to correspond, mainly to update his biography as it was requested by the editors of the Dictionary of Literary Biography and other reference works. Then in 1992 my wife was diagnosed with breast cancer. When I told him he responded with a beautiful handwritten letter: ‘My dear Geoff, Liana and I send our fondest regards to Sondra and our conviction that she’s going to be all right. In the U.S., at least, you can be sure that everything will be done that can be, more than can be said of here, with its collapsing National Health Service and recalcitrant doctors. We all have these fears and, alas, they’re sometimes realized. My problem, at 75, is cardiacal, and I’m working hard at writing because of time’s winged chariot –

‘For at my wrist I hear the tick

‘At 52, you’re the age when we met in Canada and I began to think myself old at it. We survive, somehow. It’s just a nuisance that your plans are being disrupted by an impertinence.’

He went on to ask about my Kit Marlowe novel in progress, saying ‘I was dubious about writing my own, leaving the field to you, but 1993 and the quatercentenery of the Deptford murder beckoned & I felt I had to do something.’ A Dead Man in Deptford was his last novel. Not long after its publication, he passed away, struck down by the same ‘impertinence’ that threatened Sondra.

Sondra did survive her breast cancer and still remains clear. She gives me the same vital support that Liliana gave Burgess. In 2005 Liliana asked me to give a keynote address at the Anthony Burgess conference in Manchester. I opted to address the question of whether or not Burgess was a classic. I had no trouble making a case for Burgess. He is a classic.

Geoffrey Aggeler is a novelist, biographer and critic, and an honorary patron of The International Anthony Burgess Foundation. In 1979 he published his critical biography Anthony Burgess: The Artist as Novelist, and in 1986 he edited the collection Critical Essays on Anthony Burgess. He lives in California.