Comedy: Andrew O’Neill – WE ARE NOT IN THE LEAST AFRAID OF RUINS; WE CARRY A NEW WORLD IN OUR HEARTS 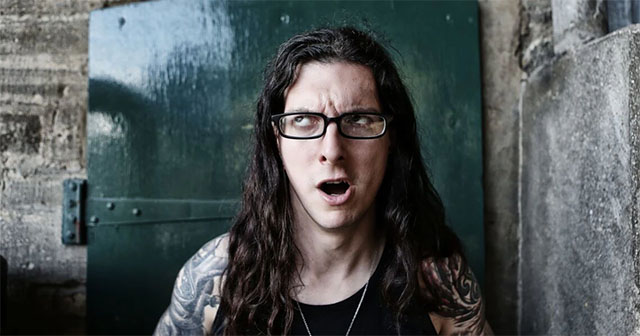 About the show: Throughout this wildly entertaining hour, O’Neill presents a furious diatribe about the myriad failings of capitalism. Hilariously spoofing their self-proclaimed inability to perform topical material, they serve up a passionate manifesto determined to convince us all to save what remains of the environment. O’Neill has honed their stagecraft over a long career and this hour is a triumph. With barely a pause for breath they ferociously attack wartime nostalgia, false binary arguments and – in one glorious sequence – the over-prevalence of cutlery and crockery. [2019 show blurb] 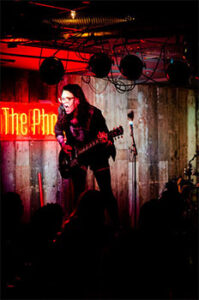 About the comedian: Andrew O’Neill is an award-winning comedian, punk-rock musician and best-selling writer. A psychedelic non-binary whirlwind, they combine surrealism, polemic and good old-fashioned stagecraft to produce uniquely counter-cultural stand-up. Andrew has performed in over a dozen different countries, at over a hundred different festivals and is equally at home in rowdy comedy clubs as performing to their own cult following.

They are the author of the book A History Of Heavy Metal, described by living legend Alan Moore as “a comprehensive landmark analysis of an enormous area of music that has been too long without such a thing, and has the massive advantage of the funny being turned up to twelve. A loud and thoroughly engrossing love-story.”

TV credits include Never Mind The Buzzcocks, Saxondale, 50 Years Of Rock Excess, The Blame Game, Spicks and Specks and Good News Week. Their own Radio 4 stand-up show Pharmacist Baffler won an award. A natural fit at music festivals, they have performed stand-up at Glastonbury, Download, Leeds and Reading, Bloodstock, Latitude, V-Fest and supported Amanda Palmer, Les Claypool and once even the Kaiser Chiefs at the London Palladium.

They are a founder member of the Victorian-obsessed punk band The Men That Will Not Be Blamed For Nothing, whose distinctive anachro-punk gained a cult following and besmirched the stages of music festivals worldwide.

‘The very definition of alternative’ (Time Out)