[Cancelled]: Kate Halsall – Breathe in Me 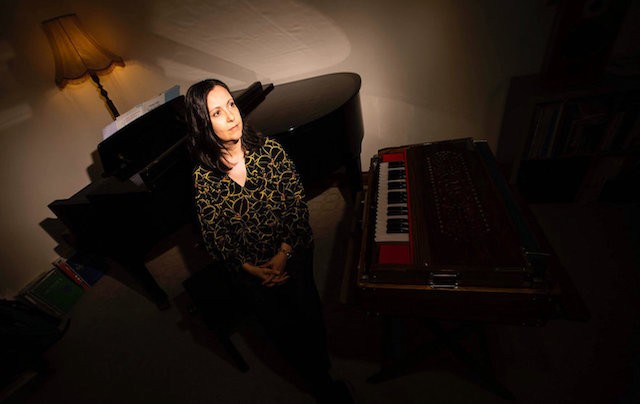 This performance has been cancelled. Ticket holders will be notified.

“Catalogue d’Emojis had me grinning… a lot of fun”. The Arts Desk (November 2019)

Sarah Dacey is a singer, composer and teacher based in London. She studied at the University of York and the Royal Academy of Music, graduating from the PGDiploma Vocal Studies course with Distinction. Awards include the Lady Lyons Millennium Scholarship and the Van Smit Prize. Opera performances include Opéra de Baugé, the Royal Opera House, Tête à Tête Opera Festival, the Lost Theatre, the Roundhouse and Aix-en-Provence Opera Festival.

An advocate of new music, Sarah has sung countless premieres, including the soprano solo in the London premiere of Claude Vivier’s ‘Glaubst du an die Unsterblichkeit der Seele’ with the London Contemporary Orchestra and the Qatari premiere of Gavin Bryars’ ‘The Adnan Songbook’ with members of the Qatar Philharmonic Orchestra in Doha.

Jenn Kirby is a composer, performer, lecturer and music technologist. Jenn is a Lecturer in Electronic Music and Technology at Goldsmiths, University of London. She previously held positions at the University of the West of Scotland, the University of Wales Trinity Saint David and Trinity College Dublin.

Jenn’s output includes contemporary instrumental composition, electroacoustic music, and live electronics. Her work has been performed and presented in Ireland, the United Kingdom, Austria, Switzerland, the Netherlands, Germany, Italy, Poland, Canada, the United States and Mexico. Jenn has been commissioned by Kirkos Ensemble, Glasshouse Ensemble, Ensemble Entropy, among others. She has undertaken residencies with Cove Park, soundSCAPE Festival and National Theatre Wales.

Jenn delivers workshops and masterclasses on creative coding and improvisation. Jenn is the President of the Irish Sound, Science and Technology Association. She is founder and director of the Swansea Laptop Orchestra, a founding member of the Dublin Laptop Orchestra and a committee member of the Association of Irish Composers. Jenn is represented by the Contemporary Music Centre of Ireland.

“Time is a shapeshifting animal on Jenn Kirby’s latest, the quixotic Ravel. Pop constructs are stitched together from battered sonic silhouettes, propulsive rhythms, and beguiling vocal acrobatics. That all of these songs began as improvisations is a testament to Kirby’s skill as a songwriter and composer.” Foxy Digitalis

“Kirby has developed a unique kind of avant-pop, using game controllers to shape synths in real time under vocals processed into a kind of digital surrealism” Journal of Music