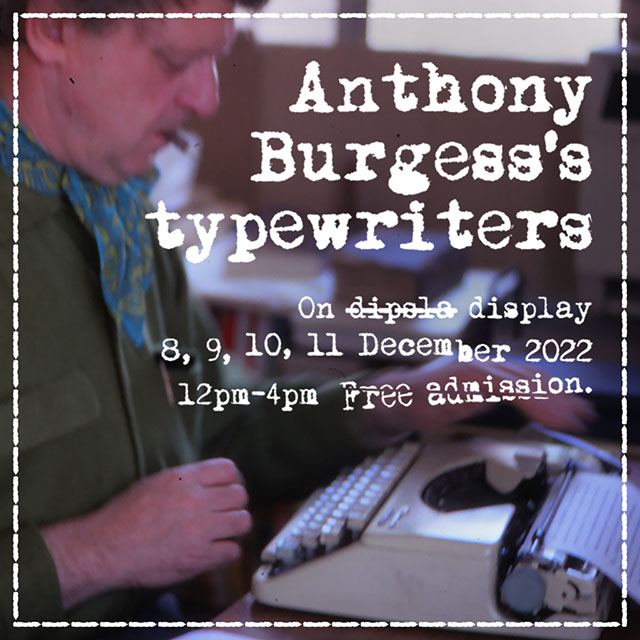 The Manchester author Anthony Burgess wrote 33 novels and many more non-fiction books throughout his lifetime. He went through many typewriters, a number of which are held in the archive at the Burgess Foundation.

Burgess was a prolific author and wrote whenever he got the chance, even writing in the back of a Bedford Dormobile as he and his wife travelled throughout Europe. He described typewriting as “hard on the brain and excruciating to the body”. In an interview for the BBC i 1959, he explains:

“It’s the only way I can write, unfortunately, I just can’t use a pen… I can think, now, better with a typewriter, I find, than with a pen or pencil…. It’s physical work but I do enjoy doing it. And of course, the element of catharsis, the ability to sweat oneself out onto paper, is a tremendous relief. It’s enjoyable to have written, I think.”

The exhibition Anthony Burgess’s Typewriters contains multiple vintage Olivettis, Olympias and Hermes typewriters on display, some used to destruction by Burgess in the creation of his novels and articles. There is his enormous Lexikon 80, which was on the desk at his flat in Monaco; and his Olivetti Valentine, a design classic.

The exhibition explores some of his writing about the machine that was ubiquitous during his life, including includes a previously unpublished article by Burgess, ‘Myself as a Chunk of Software’, in which he grapples with the new technology of word processors.

There will also be archive audio of Burgess clattering away on his typewriter, and you can even have a type yourself on a 1977 Olivetti Lettera 25. Could you type a novel in four weeks?

The exhibition is at the Burgess Foundation in Manchester, and is open at the following times. Admission is free – no need to book, just turn up –and our coffee bar will be open. 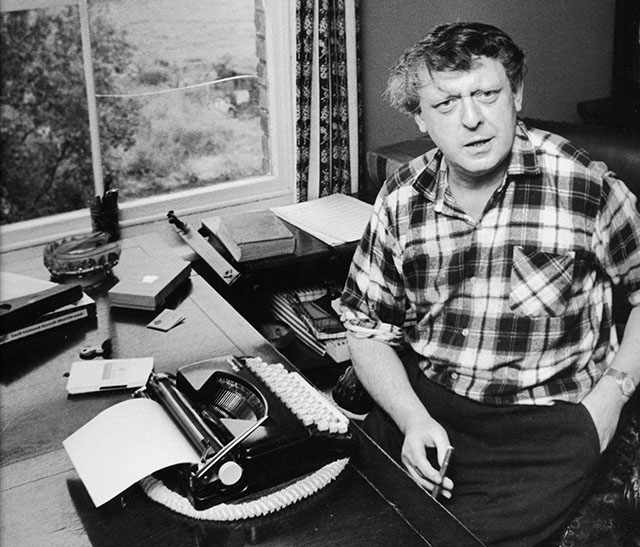