Join Blackwell’s bookshop at the International Anthony Burgess Foundation as author and comedian Robin Ince launches his new book The Importance of Being Interested Adventures in Scientific Curiosity. 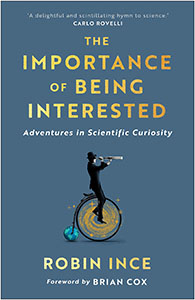 Comedian Robin Ince quickly abandoned science at school, bored by a fog of dull lessons and intimidated by the barrage of equations. But, twenty years later, he fell in love and he now presents one of the world’s most popular science podcasts. Every year he meets hundreds of the world’s greatest thinkers.

In this erudite and witty book, Robin reveals why scientific wonder isn’t just for the professionals. Filled with interviews featuring astronauts, comedians, teachers, quantum physicists, neuroscientists and more — as well as charting Robin’s own journey with science — The Importance of Being Interested explores why many wrongly think of the discipline as distant and difficult.

From the glorious appeal of the stars above to why scientific curiosity can encourage much needed intellectual humility, this optimistic and profound book will leave you filled with a thirst for intellectual adventure.

Robin Ince is the co-creator and presenter of the BBC Radio 4 show The Infinite Monkey Cage, which has won multiple awards include the Sony Gold and Rose d’Or. In 2019 he played to over a quarter of a million people with Brian Cox on their world tour which has put them in the Guinness Book of Records for the most tickets sold for a science show.

He is author of I’m a Joke and So Are You and also won Celebrity Mastermind but forgot that calcium was the dominant element of chalk. He is currently trying to invent an effective satnav for people who believe the world is flat.

The Importance of Being Interested will be available to purchase on the night (card only) and Robin will be signing copies after his talk. If you would like a signed copy but cannot make the event please contact us on 0161 274 3331 or manchester@blackwells.co.uk and we can arrange this for you. Covid-19 precautions will be adhered to in order to ensure the safety of of our attendees, authors and booksellers. 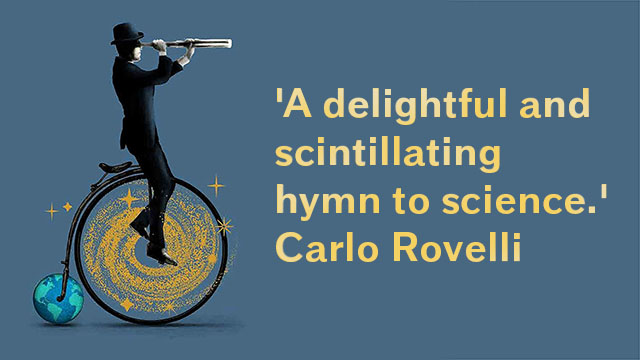