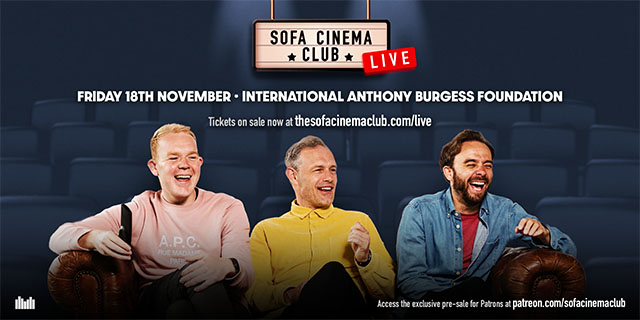 Colson Smith, Ben Price and Jack P. Shepherd chat about the films you should have seen but haven’t in a live recording of Sofa Cinema Club.

Every week Colson Smith, Ben Price and Jack P. Shepherd set aside an evening to settle down on the sofa together to watch a movie. The problem is they don’t always agree on what to stick on the box. Colson loves watching (and singing along to) films like Hannah Montana, whereas Ben and Jack rate, critique and discuss films like Goodfellas and Alien. But for the Sofa Cinema Club, the lads are making an exception. Ben and Jack have agreed to watch films Colson likes in return for him watching films that they like. After each movie night the trio get off the sofa and into the studio to discuss what they loved, hated and rated about the films.