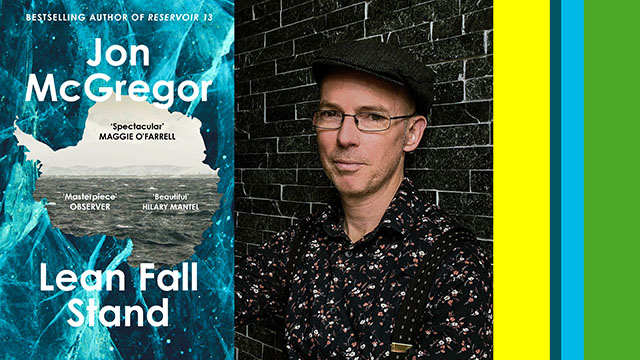 Lean – into the unexpected storm that’s descended on Antarctica; Fall – as it becomes apparent you’ve suffered a stroke; Stand – when group rehabilitation helps with your movement and speech.

In his superb new novel Lean Fall Stand, Jon McGregor explores the isolation of the world’s southernmost continent; the impact of a stroke on a man and his family, and the consequences of decisions made in difficult circumstances.

Jon McGregor is the author of two short story collections and five novels, three of which have been longlisted for the Booker Prize, including his debut, If No One Speaks of Remarkable Things. His third novel Even the Dogs won the International Dublin Literary Award, making Jon the first English writer to take the prize in 12 years. His last novel Reservoir 13 won the Costa Novel Award.

Presented by Manchester Literature Festival and hosted by Naomi Frisby, writer and co-host of podcast Late To It.