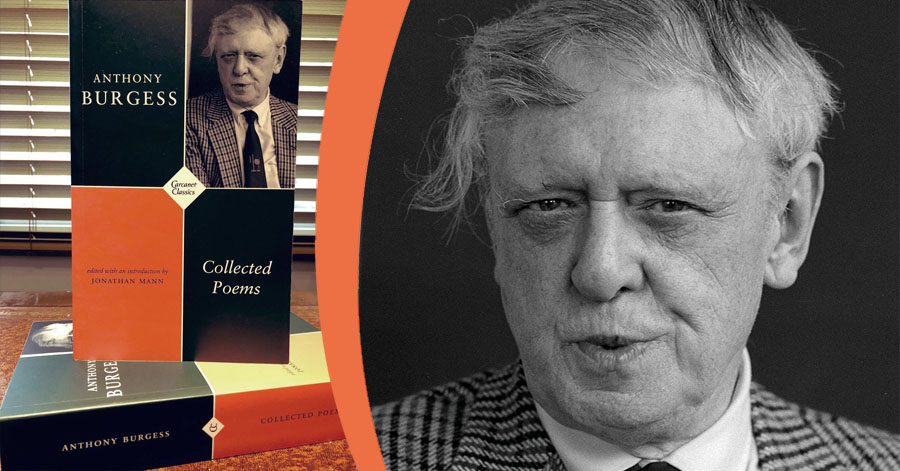 Editor Jonathan Mann has gathered the largest collection yet of Burgess’s writing in verse into a single volume: early lyrics, occasional pieces, translations from the Roman poet Belli, the full text of his verse novel Moses, and previously unpublished longer works.

In a grand volume of 500 pages, these combine to present the many aspects of Burgess’s poetic achievement.

Burgess is best known as a novelist, and a composer, and a journalist, critic, playwright and screenwriter, and many other things besides – but he was also a poet. Poetry appears throughout his novels and music, and this winter we are celebrating this rich and complex part of his work.

Listen to the latest Burgess Foundation podcast in which we explore the influence poetry had on Anthony Burgess’s writing, from his school years when he discovered Gerard Manley Hopkins and T.S. Eliot, to his career as a novelist, in which poetry plays an important role.

Look out too for more podcasts, including a special interview with the editor of the Collected Poems Jonathan Mann in which he talks about his international quest for Burgess’s vast poetic output, and its importance in gaining a full understanding of his writing as a whole.

Alongside the new collection, our new online exhibition Anthony Burgess and Poetry is well worth your time. Taking examples of Burgess’s own poetry as a starting point, we look at some of the influences on his poetic writing, including work by T.S. Eliot, Edith Sitwell, Gerard Manley Hopkins and Dylan Thomas.

The exhibition features previously unreleased audio, as well as manuscripts and books from our collection: explore the background and contexts for Burgess’s distinctive poetry. Start browsing now. 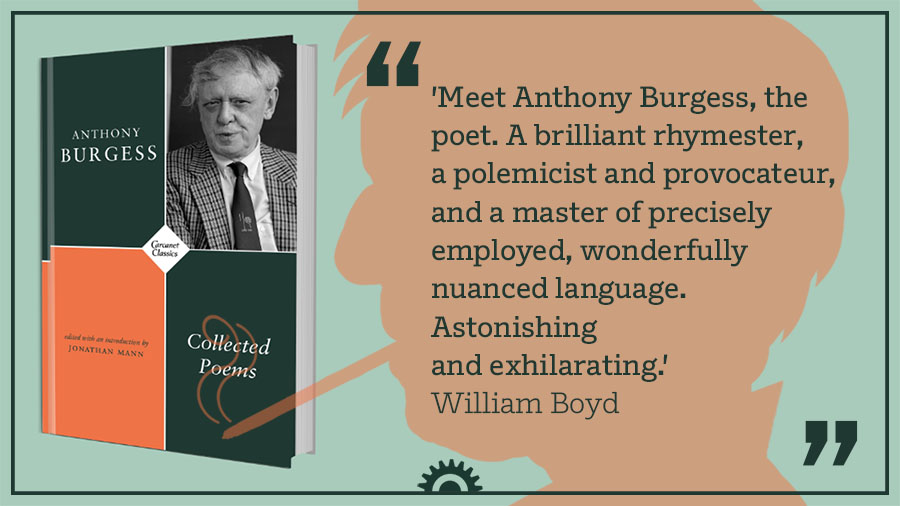