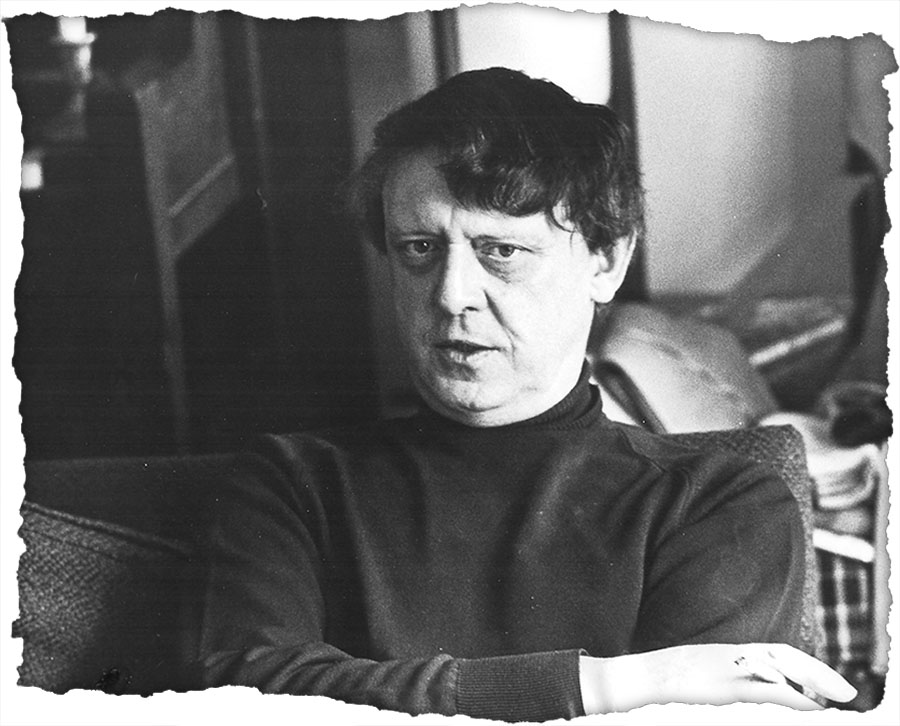 Burgess is known as a novelist, and a composer, and a journalist, critic, playwright and screenwriter, and many other things besides, but he was also a poet. His first published writing was poetry, as was his last — Byrne, a novel in verse, published posthumously in 1995 — and poetry appears in his novels and music throughout his creative life.

Taking examples of Burgess’s own poetry as a starting point, we consider some of the influences on his poetic writing.

This exhibition focusses on the texts of individual poems, putting literary work front and centre. Dig into the pages, and you will discover some famous inspirations: Dylan Thomas, Gerard Manley Hopkins, D.H. Lawrence and T.S. Eliot.

Use the links below to explore further. Look out for the ‘Inspect in a new window’ prompts to take a closer look at artefacts in the exhibition.

The exhibition is launched to coincide with the publication by Carcanet of Anthony Burgess’s Collected Poems, edited by Jonathan Mann. This fully annotated volume brings together Burgess’s early lyrics and his longer works, as well as the full text of his epic poem Moses: A Narrative, for the first time.