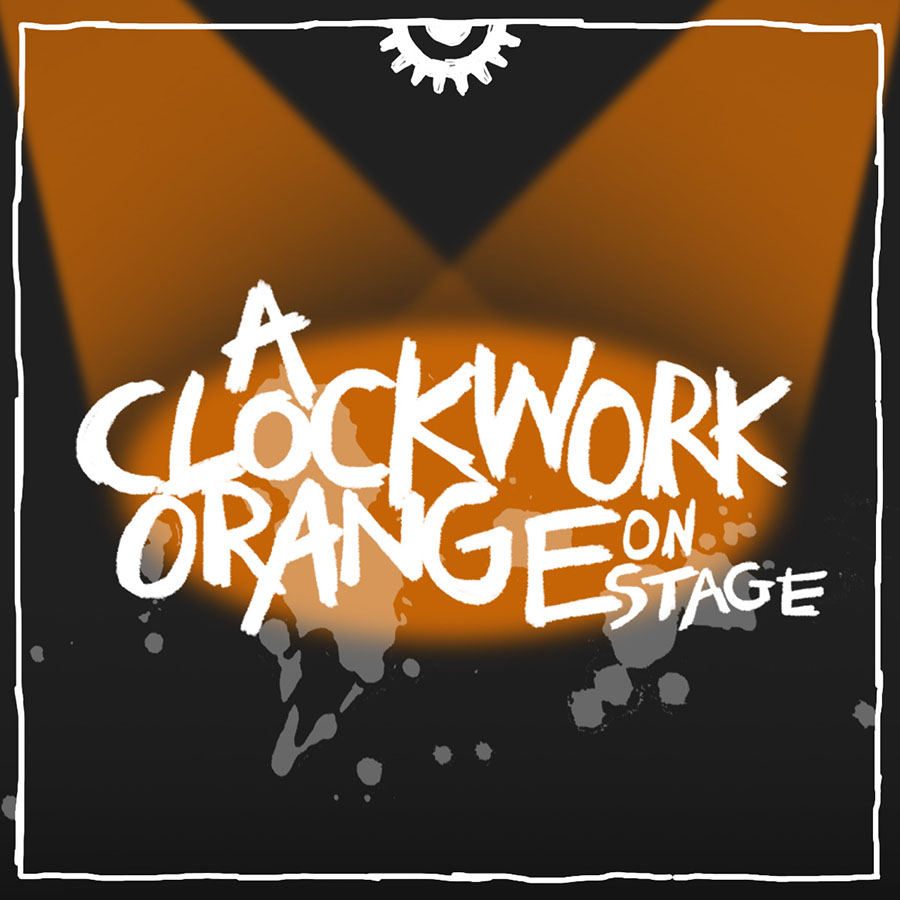 A Clockwork Orange on Stage is a new exhibition by the International Anthony Burgess Foundation that pays tribute to the amazing work of theatres and theatre-makers worldwide in presenting Anthony Burgess’s most famous novel in performance.

The online exhibition showcases images from theatrical adaptations of A Clockwork Orange in many styles and many countries. You’ll find a Groucho Marx droog in London, 1990s indie pop droogs from the USA, gingham-clad domestic droogs in Russia, and an outdoor carnival of droogs in locked-down Leipzig in Germany.

The first known theatre adaptation was in 1976 by John Godber, now one of Britain’s most acclaimed playwrights. This performance, featured here in the exhibition, was taken to Edinburgh and London, and although its staging was modest, Godber’s production was the start of something big. 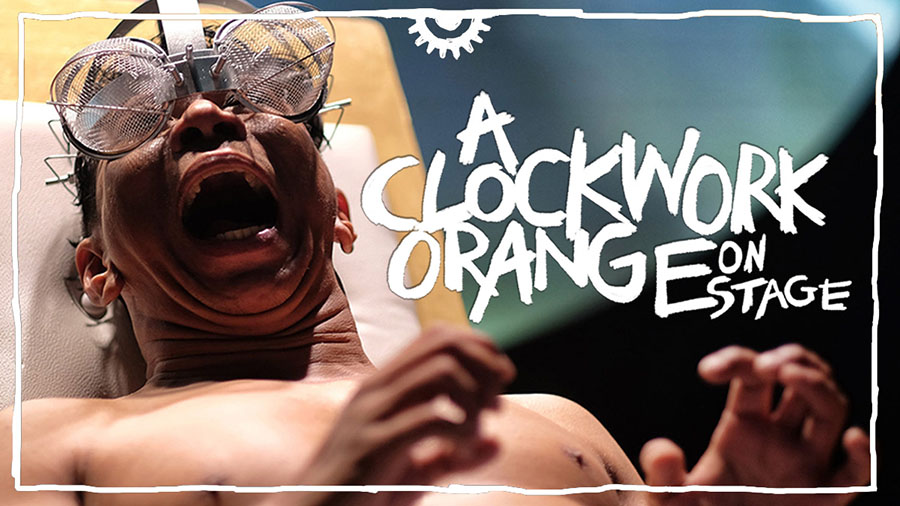 As the book and novel increased in notoriety, there were many more ultraviolent curtain-ups: the exhibition spans productions from the 1970s right through to the present day.

Anthony Burgess wrote his own stage version in 1986, subtitled A Play with Music. He called this ‘a little play which any group may perform’. His adaptation is full of music and dark humour, and contains a cheeky dig at Stanley Kubrick — read more on the introduction page of A Clockwork Orange on Stage.

To celebrate the launch of this new exhibition, we spoke to John Godber about his stage adaptation of A Clockwork Orange. His version anticipated Burgess’s own adaptation by over a decade. Have a listen on your audio provider of choice (Apple Podcasts / Soundcloud / Spotify / YouTube), or get streaming below.