More on From ‘Byrne’

Anthony Burgess’s last work was a poem: Byrne, published two years after his death, is a verse novel that follows an Irish Don Juan, Michael Byrne, across Europe in the early part of the twentieth century, witnessing major world events and leaving a trail of children in his wake; when he disappears his sons take up the story and try and track him down. This extract is the first two stanzas.

As with Burgess’s novels Earthly Powers and Any Old Iron, Byrne has charismatic narrators and a grand historical stage, and explores individual struggles and relationships against a background that is epic in scale. That the novel is also in ottava rima multiplies its ambition and makes Byrne a rich and complex reading experience.

Listen to Burgess reading in a home recording from an early draft of the poem: his working title was ‘Obituary’, though it ends up being called simply Part One in the final text. Tomlinson, the novel’s narrator, is paid by Byrne to write his biography, and he wrongly concludes that Byrne must be dead. There are some minor differences with the published version, and it is interesting to speculate that Burgess’s reading of the poem was to assist him in the process of composition. 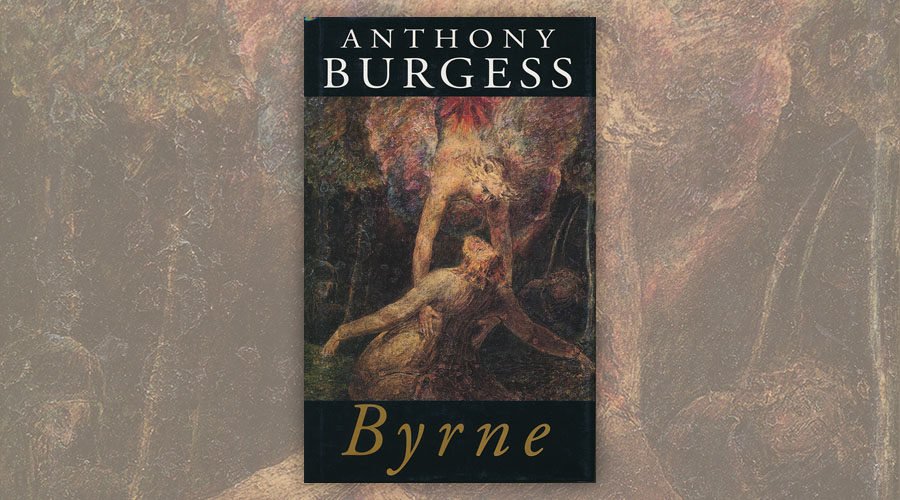 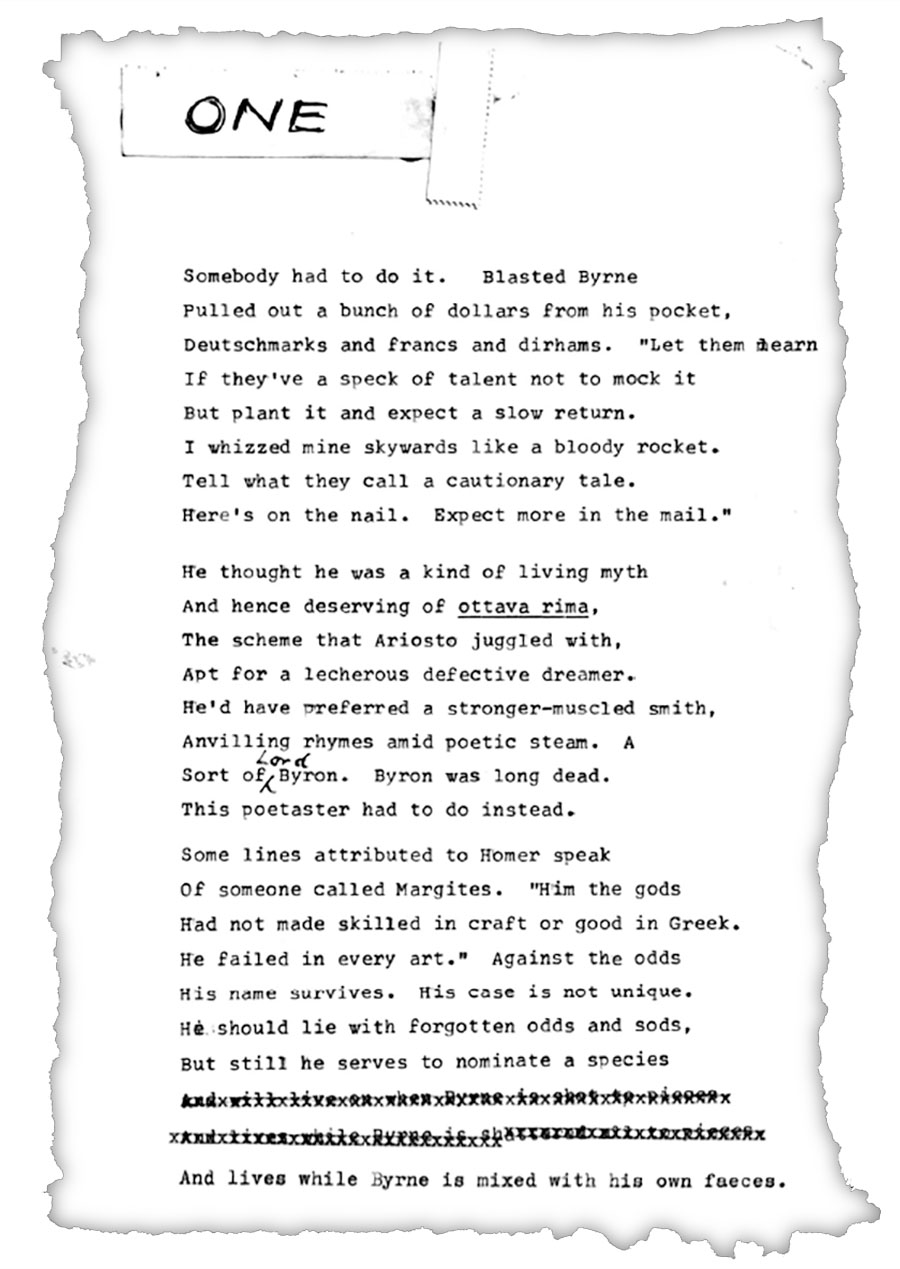 Burgess knew that he was dying after his diagnosis with lung cancer in 1992, but this did not diminish his productivity: he continued to write articles, reviews, and music, and notes kept by his wife Liana show the range of work that he was still able to do. There are even projected ideas for novels: ‘Our Lady of the Snows’ is an intriguing prospect that was never realised.

As can be seen on the fifth page of this summary (bottom left), one of Burgess’s activities during the final months of his life was the writing out from memory fair copies of poetry of his very earliest completed poems – ‘A Father’s Death’, ‘You Were There’, ‘After Charles D’Orleans’, among others – which had never left him since they were first composed, some more than fifty years before.

Burgess’s bookending of his life with poetry in this way shows the central importance he gave to it, and reading his poetry provides an important part of any full understanding of his work. A new edition of Anthony Burgess: Collected Poems is now available for pre-order from Carcanet, to be published in December 2020.

Below is ‘A Rondel for Spring, After Charles D’Orleans’ as it was printed in the Manchester Xaverian in 1936. As with some other images on these pages, you can click to expand the graphic. 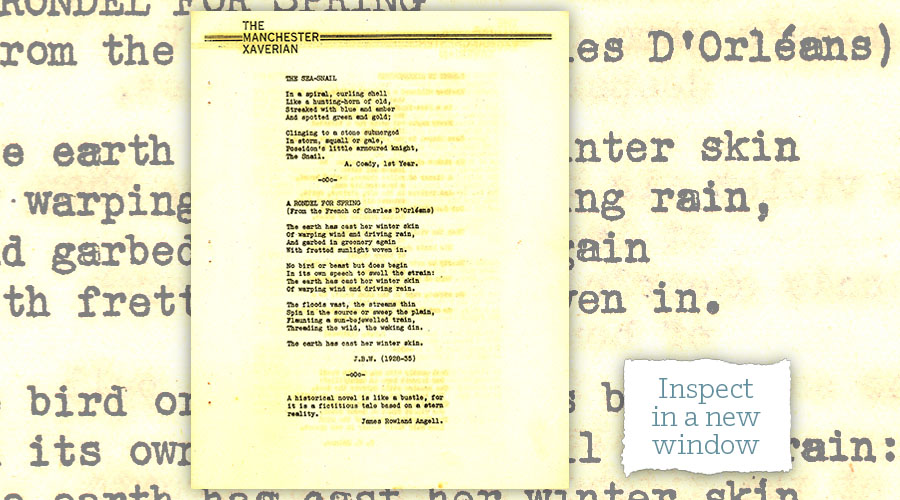