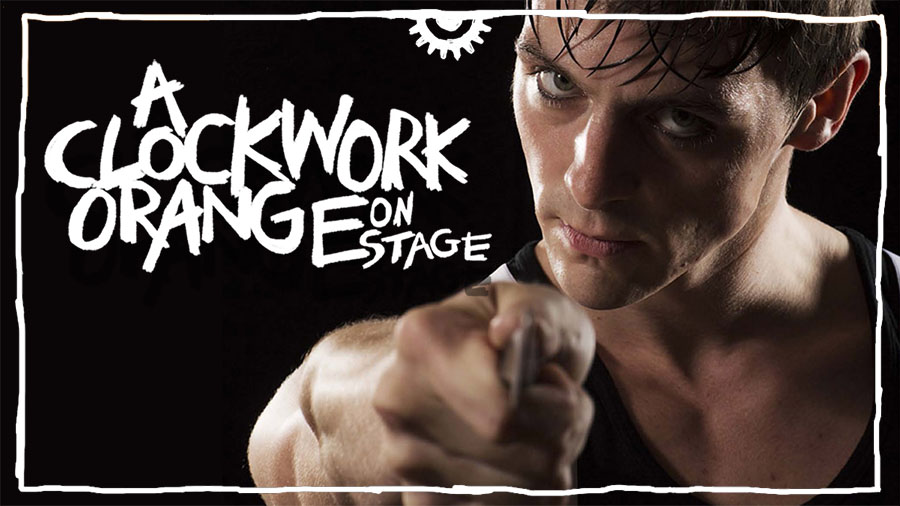 In the second part of our podcast exploration of A Clockwork Orange’s life on the stage (listen to the previous podcast episode here), Will Carr from the Burgess Foundation speaks to director Alexandra Spencer-Jones and actor Martin McCreadie, the creative forces behind Action to the Word’s powerful version of Burgess’s story.

This innovative all-male production started out on the London Fringe, then moved on to wow audiences at the Edinburgh Festival and off-Broadway in Manhattan. The Evening Standard praised their Soho Theatre run as a show that ‘sizzles with energy but also leaves the audience deeply unsettled.’

Listen to Alexandra and Martin talk about how they put their own stamp on such an iconic story on your audio platform of choice (Apple Podcasts /  Soundcloud / Spotify / YouTube), or use the streaming links below.

Several Action to the Word productions of A Clockwork Orange are featured in our online exhibition A Clockwork Orange on Stage. Anthony Burgess’s most famous work remains a popular choice for theatre producers, and our selection shows an incredible diversity of interpretations across the world.

Find out more about the history of droogish theatre on the introduction page of A Clockwork Orange on Stage.