More on ‘The Lowdown on Art’

In 1985 Anthony Burgess wrote a celebratory biography of D.H. Lawrence, Flame Into Being: a highly readable and sympathetic survey of Lawrence’s life and work – both of which meant a lot to Burgess.

Burgess identified strongly with elements of Lawrence’s experience, in particular his journey from provincial England into the exile of a wandering life around the world; and his ultimate achievement of a place in the literary canon despite always remaining an outsider.

For Burgess, ‘Lawrence is, in a sense, one of the patron saints of all who struggle at the damnable craft of putting words together and trying to earn a living out of it. Like every other writer, he began as an unpublished amateur. He succeeded in becoming a prolific professional. But the fight to impose himself on the reading public went on all his life.’

Burgess adds: ‘As the son of a Nottinghamshire coal miner [Lawrence] was not born into the literary establishment and he had to prevail against the disdain of those who were. He wrote about sex when sex was a taboo subject. His style was highly individual and not easily acceptable by a public who thought that a book should be read as easily as a daily paper.’

It is not hard to see that Burgess — who was himself Northern, working class, and Catholic — found some of himself in Lawrence’s life — though he is at pains to point out that ‘This is not a literary debt — at least, not in the sense that I have ever wished to write like Lawrence. I admire his intransigence, and I sympathise with his sufferings on behalf of free expression.’ 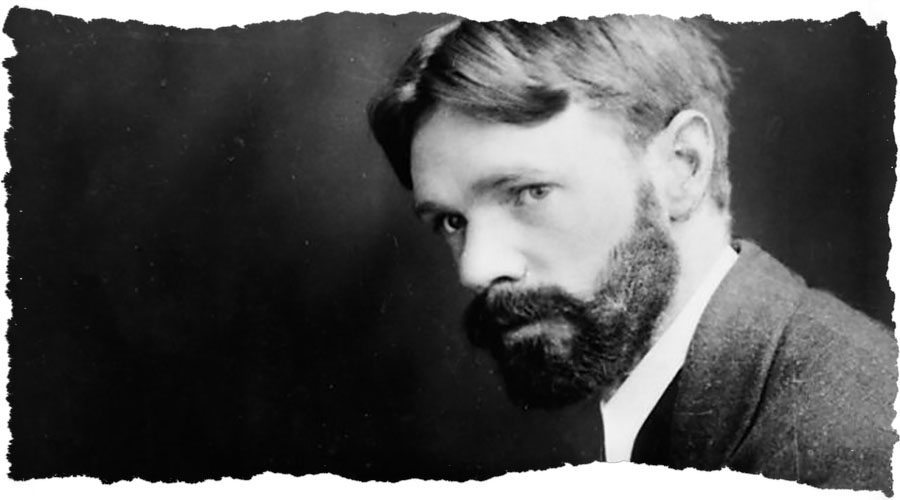 Lawrence’s writing, concerned as it was with free expression, physical sensuality and deep emotional feeling, was censored in his lifetime and represented as obscene by critics.

Burgess’s attitude towards censorship was formed as a boy in the 1930s. He read James Joyce’s Ulysses when it was banned, and he claimed to have read an illegally obtained copy of Lady Chatterley’s Lover, which was also suppressed until 1960. Burgess’s recalled:

We were inflamed with a desire to get hold of those books not merely because they were outlawed, but because the reactionary or popular press hammered them so relentlessly.

After reading Lady Chatterley, Burgess said that he had ‘got Lawrence the sex-man out of the way […] and was free to read him seriously.’ 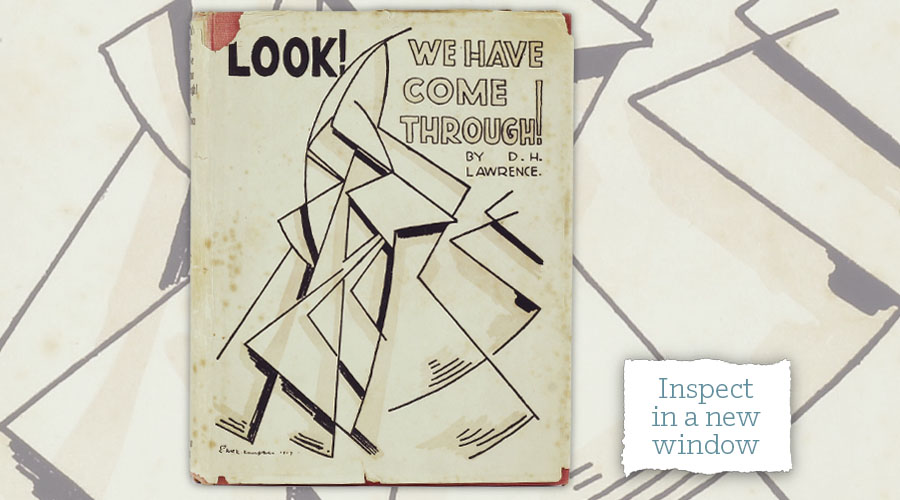 This serious reading took in all of Lawrence’s other novels, but especially his poetry.

In Flame Into Being, Burgess explores Lawrence’s 1917 poetry collection Look! We Have Come Through! in detail, finding it ‘full of sharp observation, and emotions that touch deep despair and ecstatic exaltation.’ After quoting at length from the book, Burgess writes:

I have had difficulty copying out those lines [from Lawrence] because of the tears. The response to poetry, so A.E. Housman said, should always be physical — whiskers bristling to impede the razor, a shudder down the spine, a tightening of the scrotum, tears. It is not necessarily the most elevated poetry that produces these effects, but they have to be respected more than mere cerebral responses. I cry in reading those lines because they express the simplest desires on earth — to live, to love, to be happy.

Burgess goes on to wonder why Look! We Have Come Through! did not make a larger impact on poetry readers in the 1920s, remarking that ‘much of it is as modern as The Waste Land, though less allusive.’ It is clear that Burgess’s own reading of Lawrence’s verse, coming at the same time that he was first exposed to the influences of Eliot and Hopkins, had a profound and lasting impact on his poetic sensibility. Listen to Burgess reading Lawrence here:

Burgess’s early poem ‘The Lowdown On Art’ is Lawrentian in its free-verse declamatory style and concern with abstract concepts such as Ultimate Truth and Beauty. But his most sustained creative response to Lawrence’s poetry was musical, in his settings of four poems for chamber ensemble in 1984.

The title of the cycle is Man Who Has Come Through, from the Lawrence collection that so animated Burgess, and the poems that he chooses are ‘End of Another Home Holiday’, presented with restless chromatics; ‘Song of a Man Who Has Come Through’, an optimistic ballad given a vigorous tempo; ‘Snake’, rendered mimetically in a long and meandering setting; and ‘Bavarian Gentians’, one of Lawrence’s last poems, written when he knew he was dying. Burgess’s setting disappears into nothingness, just as Persephone disappears into the underworld in the poem’s text.

Listen below to ‘Song of a Man Who Has Come Through’, sung by Allan Watt in 1994. Following that, explore more Anthony Burgess and Poetry.