Welcome to our exhibition about the 1981 film Quest for Fire, which is 40 years old this year.

Set at the dawn of time, this is the epic story of three courageous warriors from the Ulam tribe of primitive cavepeople whose most precious possession – fire – is stolen by marauding Neanderthals.

Their perilous journey sees them battle treacherous terrain, vicious cannibals, and terrifying creatures like huge mammoths and sabre-toothed tigers. And there is a love story too, as through the magic of language homo sapiens begins to communicate, and so to become truly human.

What is the connection to Anthony Burgess? Burgess was the creator of the languages of the tribes in the film. Using a combination of sounds and gestures, he developed a complex and nuanced mode of communication that offers a glimpse of the way our distant ancestors might have spoken.

Will the Ulam succeed in their quest? Find out more about the film and Burgess’s contribution to it in these pages. 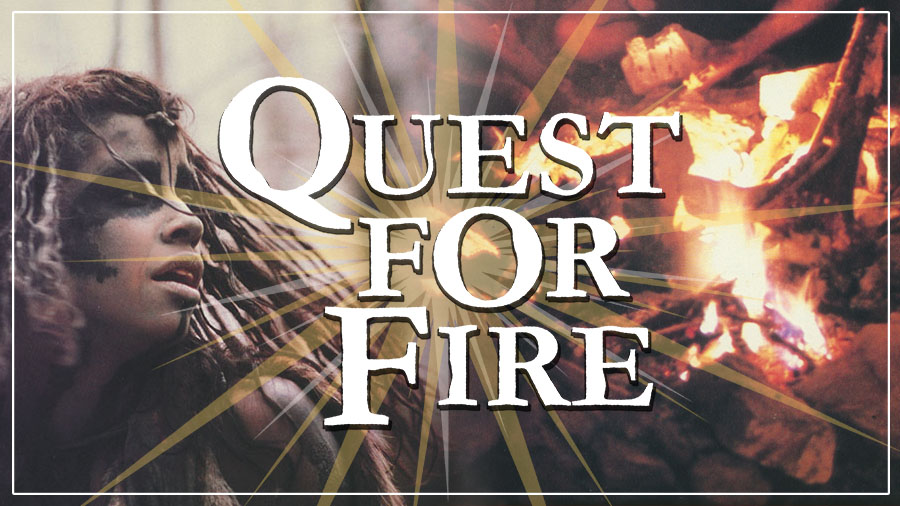