These images are from the collection of the Burgess Foundation.

They were taken on the set of Quest for Fire by the photographer Ernst Haas, and were given to Anthony Burgess as a souvenir following his work on the film.

The captions are from the original portfolio. 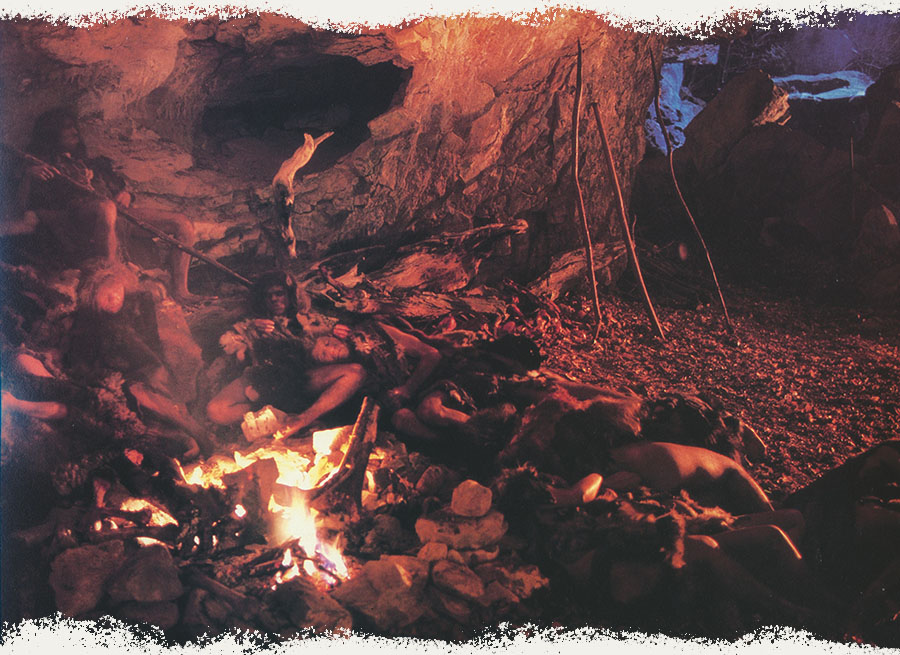 Naoh (Everett McGill), an Ulam warrior, and Ika (Rae Dawn Chong), a member of the Ivaka, discover an emotion that their people have never known before, as they fall in love. 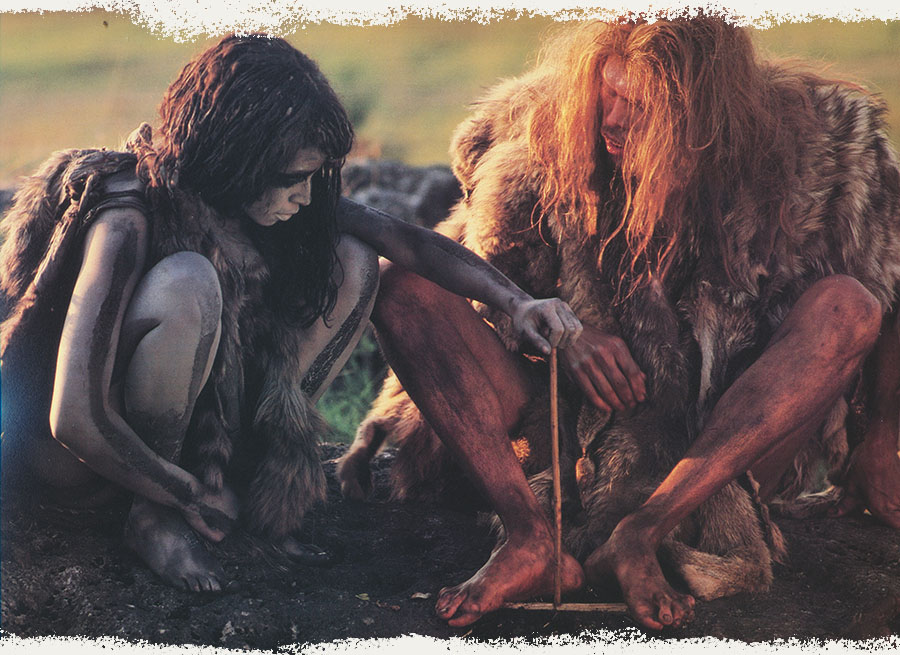 Preserved within their cave, fire is the key to the survival of the Ulam. Without it they would face certain extinction from the elements and predatory animals. 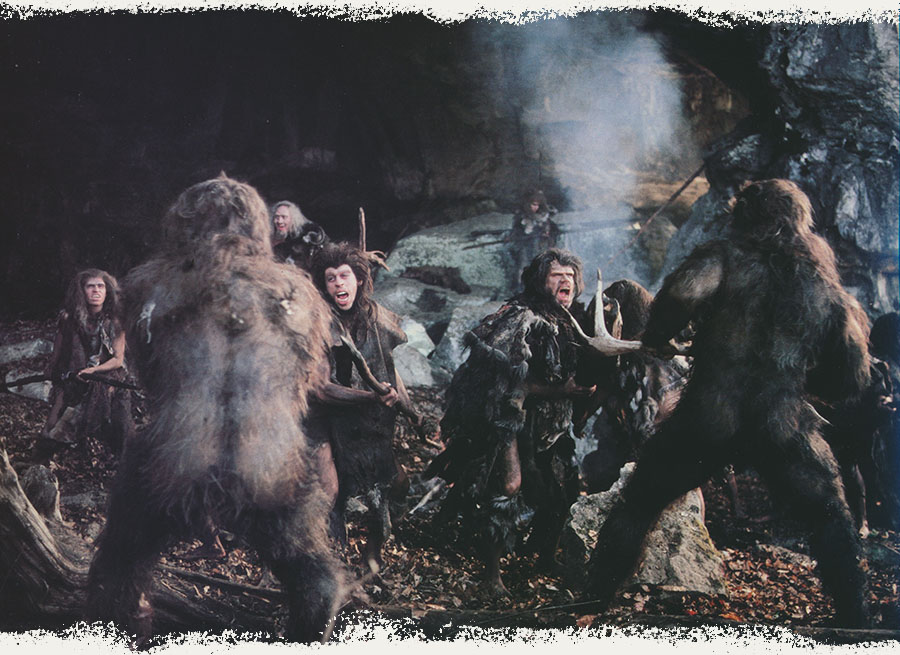 The Ulam are attacked by rampaging Neanderthals who plunder their campsite — and destroy their fire. 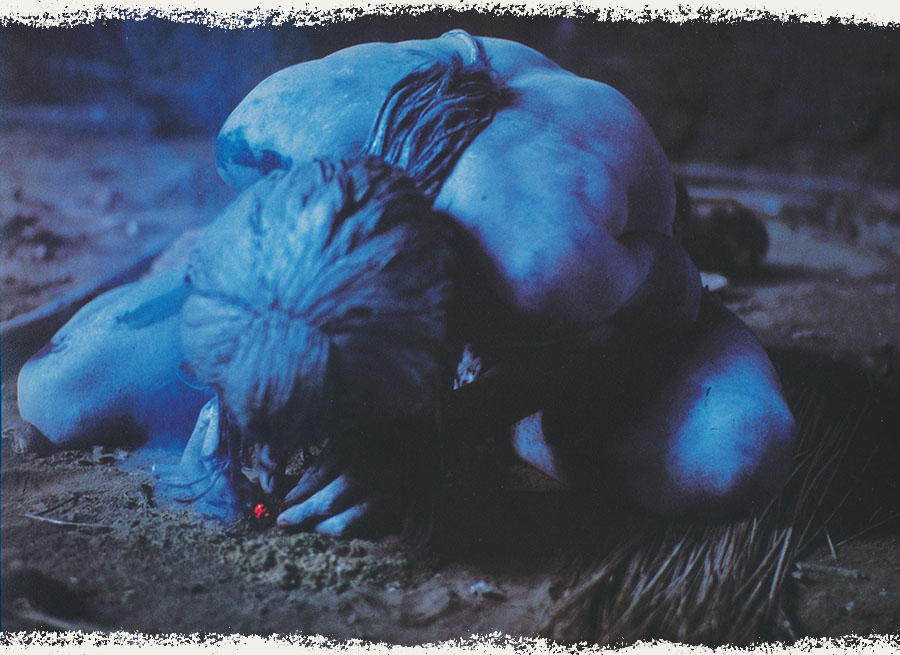 The Ulam possess fire but do not know how to create it anew. When the magic embers die, their three bravest warriors embark on a quest for fire, venturing for the first time beyond the safety of their tribal home. 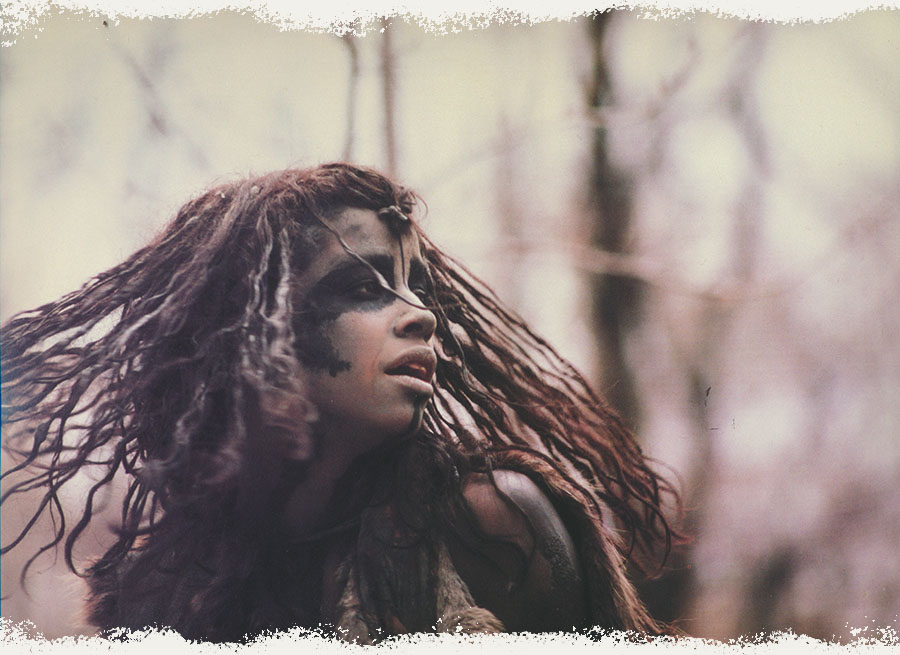 Ika, the beautiful Ivaka tribeswoman, is held captive by man-eating Neanderthals until she is rescued by Naoh. 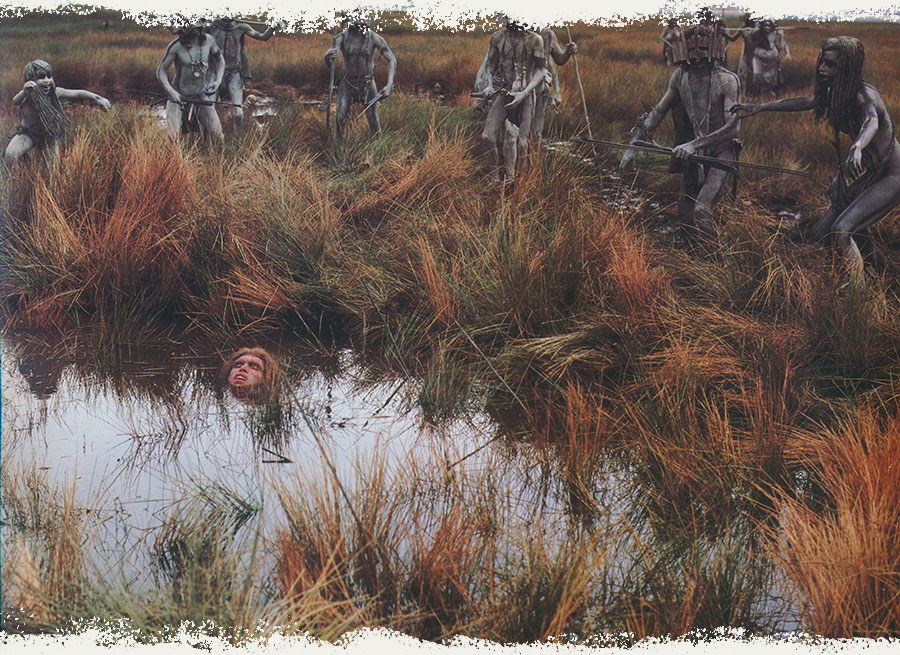 Trapped in quicksand, Naoh is surrounded by suspicious Ivaka tribesmen. 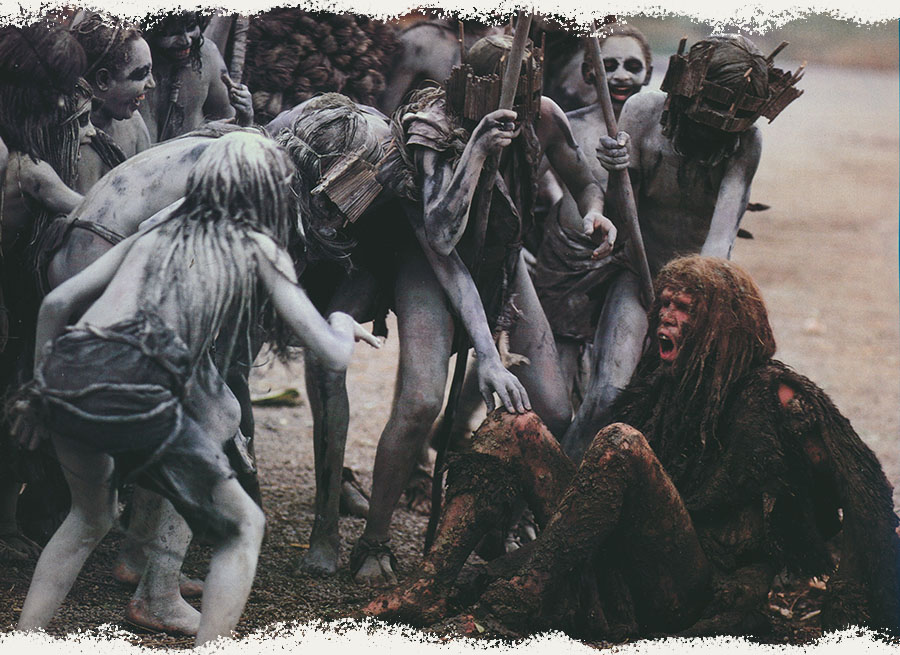 On the last stage of his quest, Naoh is captured by the Ivaka, an advanced homo sapiens tribe. 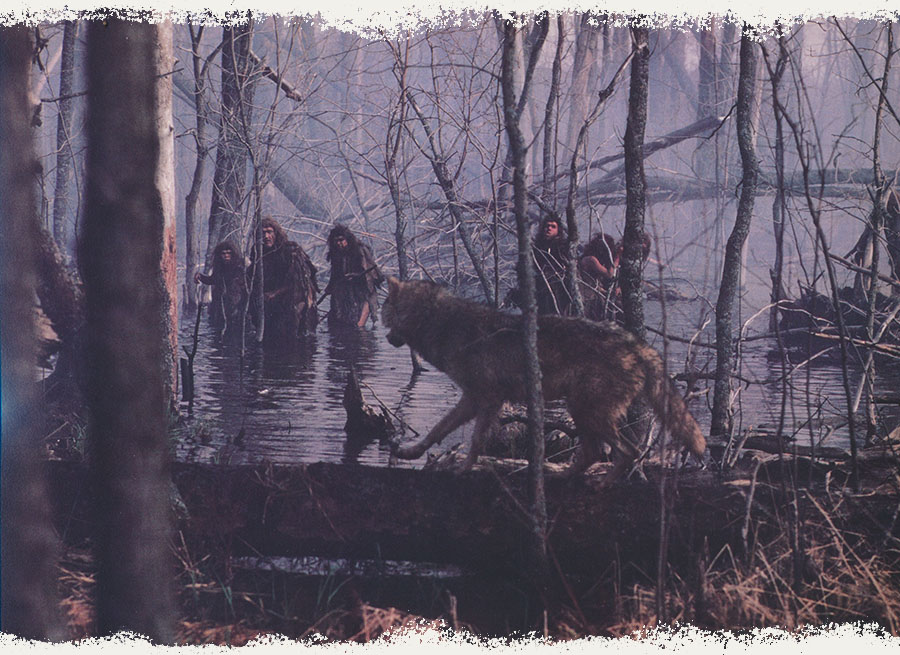 The journey of the Ulam warriors is a hazardous trek through an unknown world, where their enemies are wolves, sabre-toothed tigers, cannibals and hostile terrain.